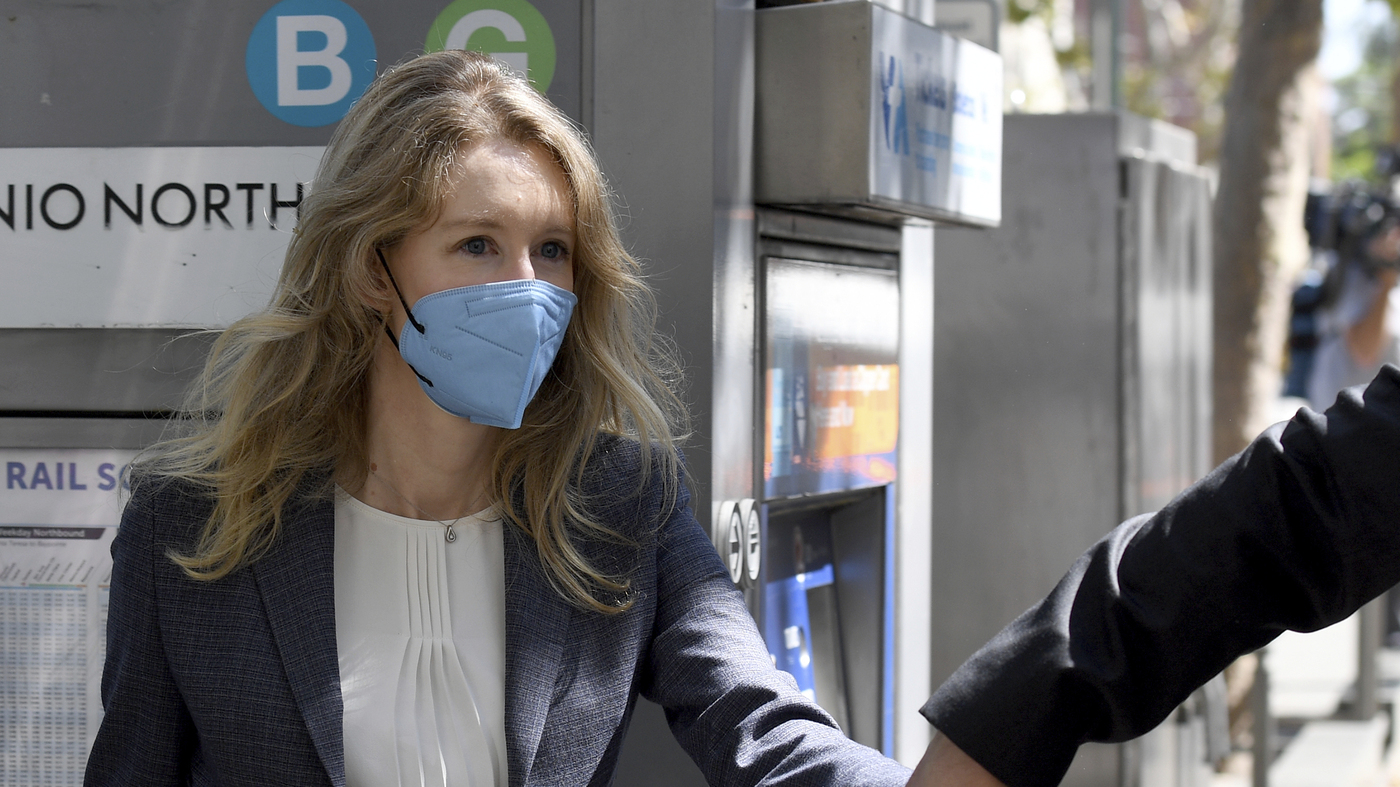 The Elizabeth Holmes Trial Sparks A Silicon Valley Debate: Why Not Other Tech CEOs?

Selling an idea in Silicon Valley takes not only a grand vision but also swagger and bluster, says Margaret O'Mara, a historian of the tech industry.

"Being able to tell a good story is part of being a successful founder, being able to persuade investors to put money into your company," she said.

And Elizabeth Holmes, the former CEO of Theranos, did just that. She was drumming up investment with a dream that bordered on the fantastical when she promised to transform health care. The company's portable blood-testing machine could analyze a finger-prick's worth of blood for thousands of diseases, she vowed.

In doing so, federal prosecutors allege, she and the No. 2 at Theranos, Ramesh "Sunny" Balwani, broke the law by deceiving investors about how well the business was doing and the capabilities of its testing machines, in addition to allegedly providing false or flawed test results to patients.