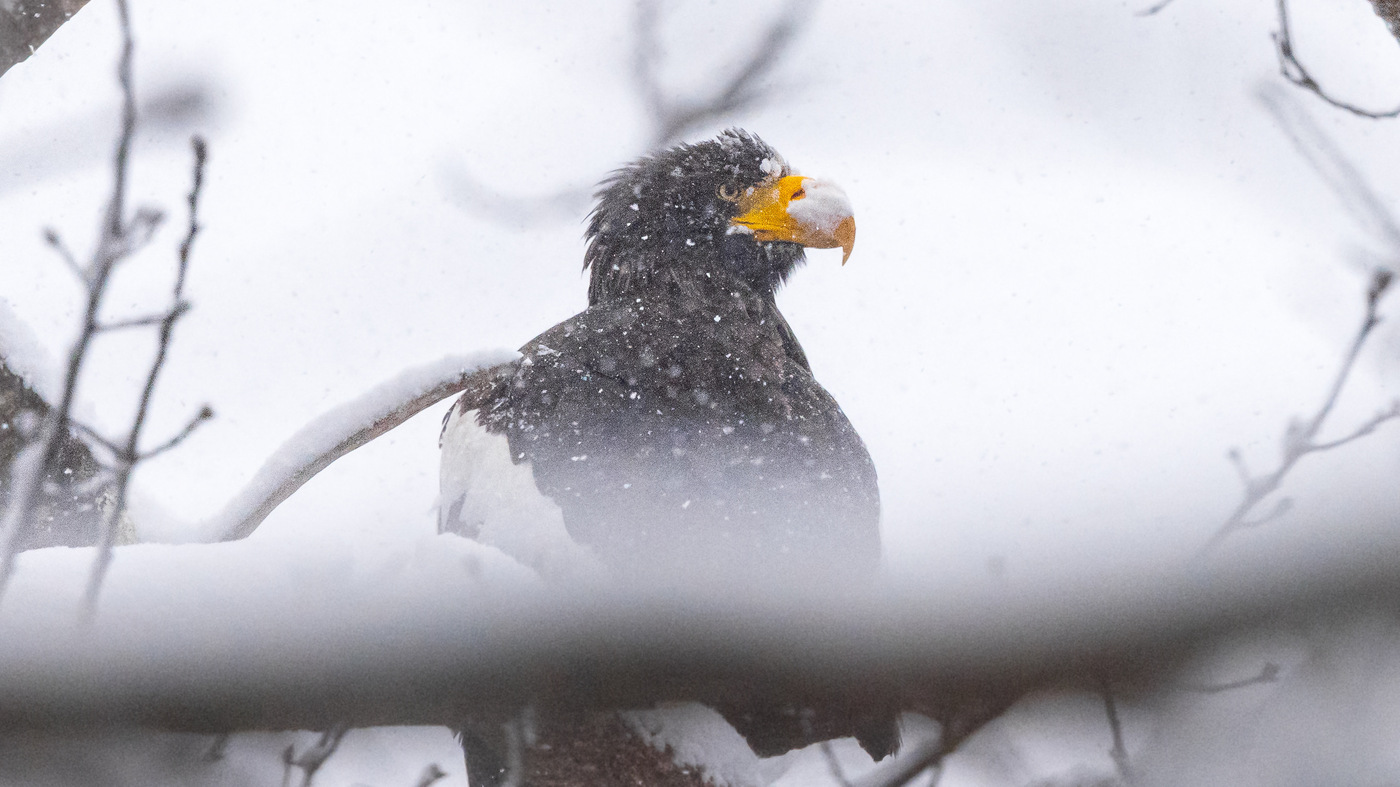 The Steller's sea eagle is one of the largest raptors in the world, weighing up to 20 pounds with an eight-foot wingspan. There are only about 4,000 of them left, and the chance to see one has captivated Mainers and drawn birders from around the country.

John Putrino of Boothbay isn't an avid birder, but he is a wildlife photographer. So, when he got a tip that one of the rarest eagles in the world had been spotted in his adopted hometown, he went searching for it during a recent snowstorm.

Putrino is just one of hundreds of people who've heading to Maine's Midcoast to get a glimpse of the unusual bird that makes a bald eagle look like a lightweight. Those who do come are gently reminded to keep their distance.