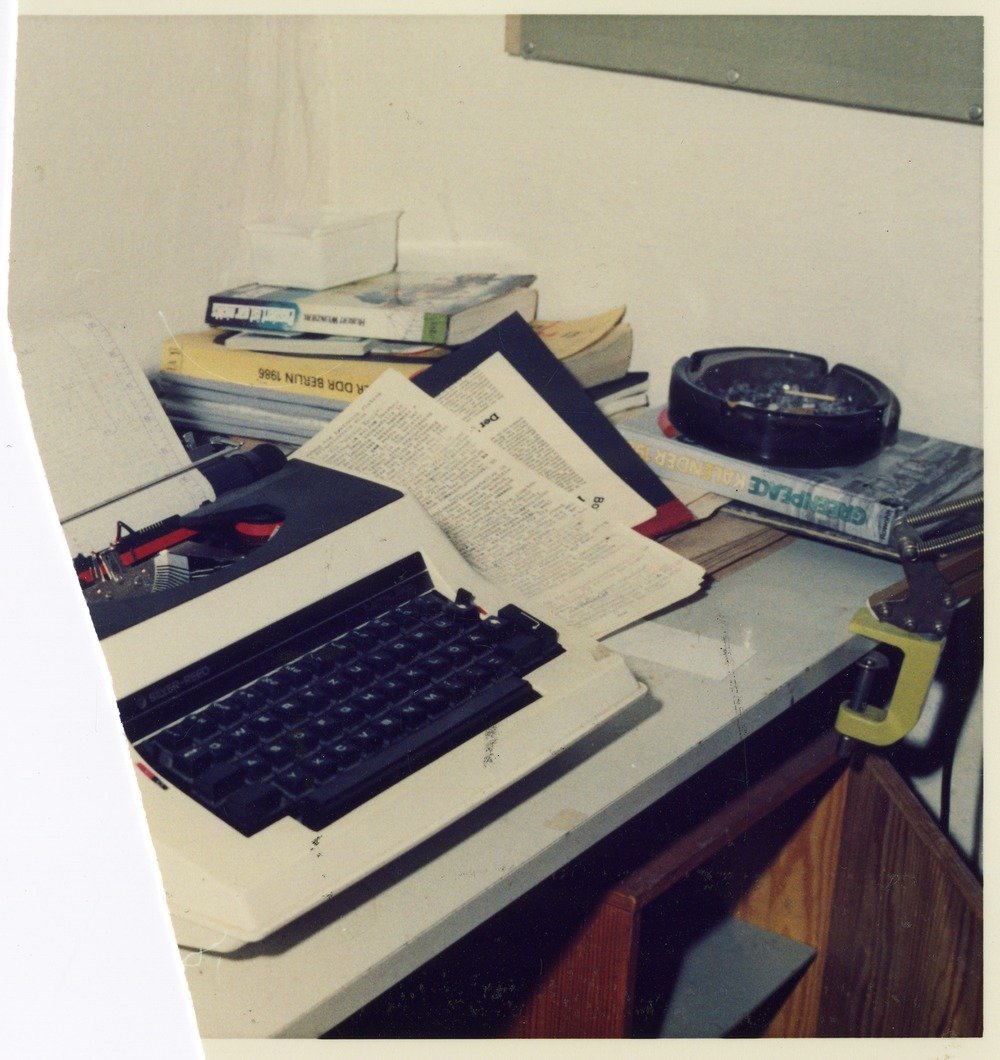 Political dissidents don’t generally keep diaries—they could fall into the wrong hands—so in retrospect my friend P was rendered a service by the East German Ministry for State Security (MfS or “Stasi”), which kept track of his movements for almost ten years.

A civil servant environmental chemist frustrated by the impossibility of publicizing his findings, he found an outlet in occasional public talks and teaching at the local continuing education center. In January 1983, he resigned his government position—his wife continued to work full-time; the kids were in day care—and set about preparing a book-length indictment of the East German pollution situation.

It was ultra harsh. Lignite “coal” smoke filled the air, giving East Germany a characteristic blurry look and sour smell. (Lignite is crumbly, damp, brown, and odorous—like burning cat shit you found under the water heater—and is scheduled for phaseout in German power generation by 2038.) It rained sulfuric acid, like on Venus. Rivers were slimy, with tall heads of foam. The groundwater pH in one industrial town was 1.9—between vinegar and battery acid.

Soon after meeting P in 2011, I read his first book. The overall mood was utopian, yet pragmatic. Fable-like methods were used to depict bleak truths while avoiding finger-pointing: Once upon a time, farmers cleared a forest; the water table fell, so they dug a well, and it fell some more, et cetera. Red herrings abounded. One memorable paragraph lamented the extinction of Steller’s sea cow, a sluggish 30-foot behemoth that could have provided truly socialist quantities of meat and milk.