The unidentified woman flew into a rage after being confronted at the Trader Joe’s store in North Hollywood, California, on Friday Continue reading on Metro

A series of three clips shot by onlooker D Giles showed the woman scream inaudibly at staff members, before she could be heard saying: ‘You think this is okay?’ The woman then hurled her red shopping basket to the ground, before continuing: ‘You’re fucking pigs.

‘You’re fucking Democratic pigs. That man harassed me for not wearing a mask. I have a breathing problem. My doctor will not let me wear a mask. So anyone harassing me to wear a mask – you guys are violating federal law. 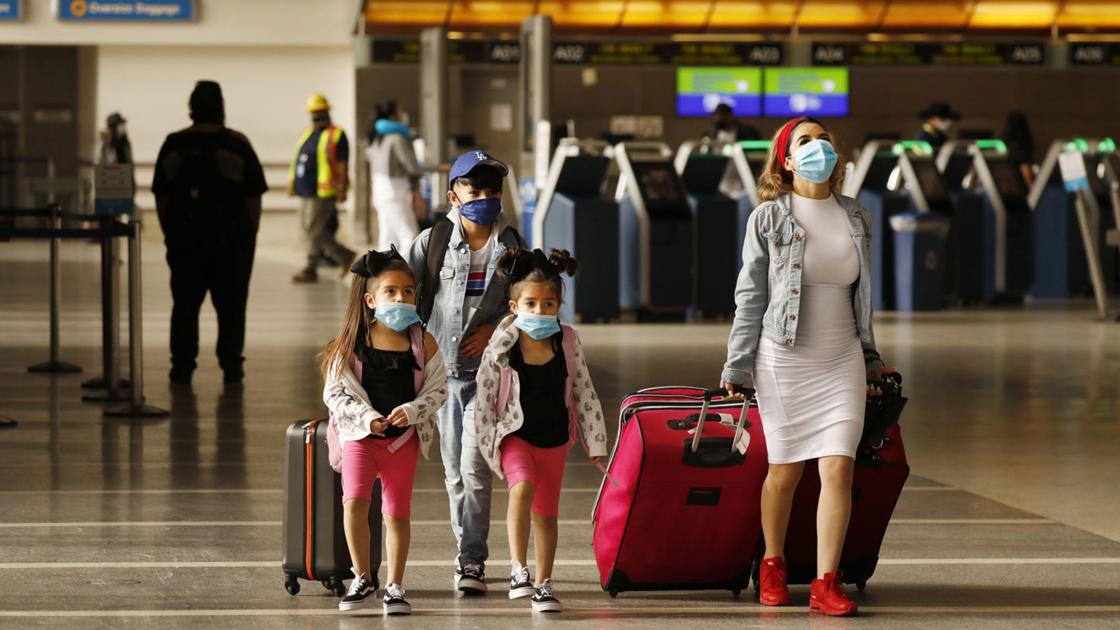 Airlines in US are cracking down on passengers not wearing masks User Guide to Masks and safety