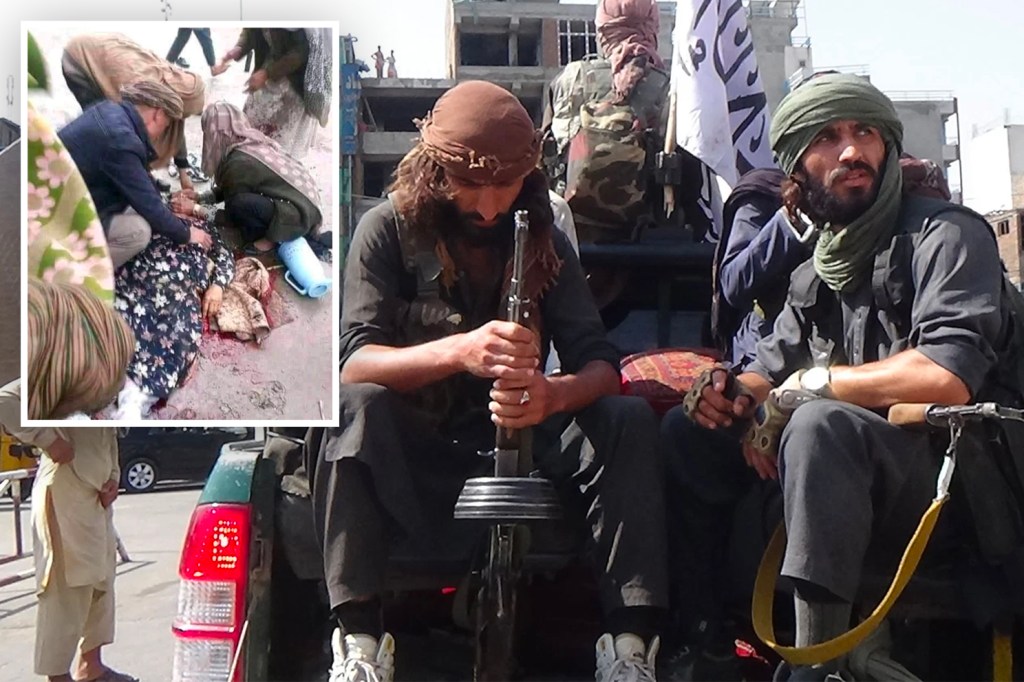 Taliban fighters shot and killed a woman for not wearing a burqa in Afghanistan on Tuesday — the same day the group pledged to usher in a new inclusive era in the country that honors “women’s rights.”

A photo emerged of a woman in Takhar province lying in a pool of blood, with loved ones crouched around her, after she was killed by insurgents for being in public without a head covering, according to Fox News.

The killing came amid the group’s version of a charm offensive, after its swift takeover of the country in the absence of US troops, who had been propping up allied military groups since shortly after the Sept. 11, 2001, attacks.

Taliban spokesman Zabihullah Mujahid held a news conference to say that the insurgents would honor women’s rights, within highly restrictive Sharia law. The militants urged women to return to school and work, and another Taliban spokesman granted a televised interview to a female journalist.

When the Taliban ruled Afghanistan before 9/11, they prevented women and girls from leaving the house without a male chaperone, and did not allow them to work or receive an education.