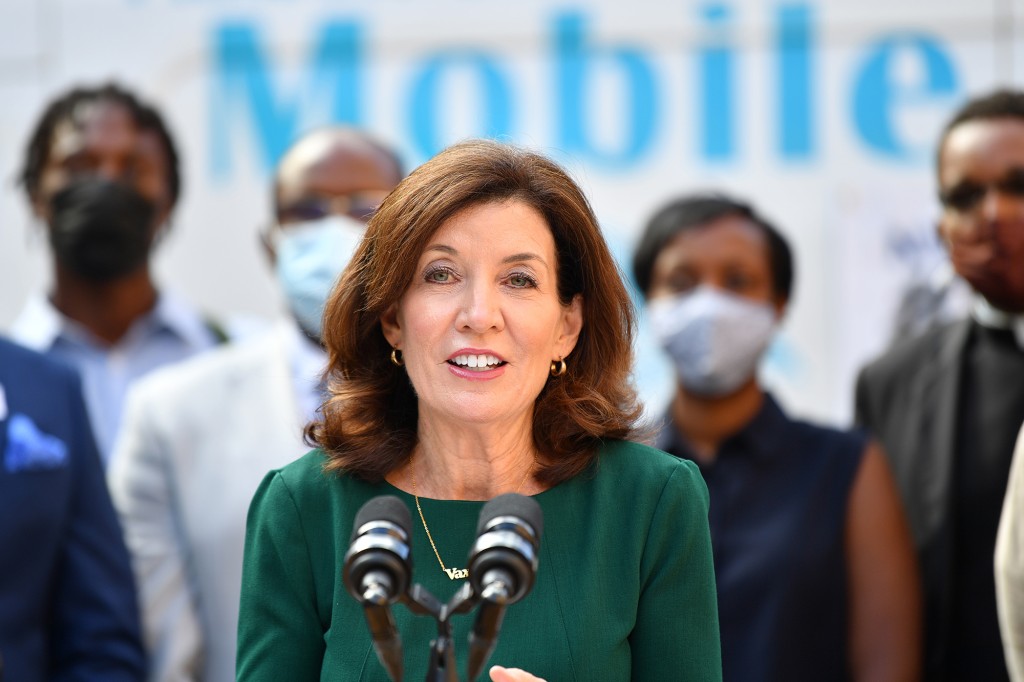 The nearly 20 percent of workers at hospitals and nursing homes who refuse to get vaccinated against COVID-19 will be replaced — potentially by foreigners — once the state’s mandate goes into effect next week, Gov. Kathy Hochul said Wednesday.

“To those who won’t, we’ll be replacing people. And I have a plan that’s going to be announced very shortly,” she said.

Hochul said state officials were “working closely with various hospital systems to find out where we can get other individuals to come in and supplement places like nursing homes.”

“We’re also reaching out to the Department of State to find out about visas for foreign workers, on a limited basis, to bring more nurses over here,” she said.