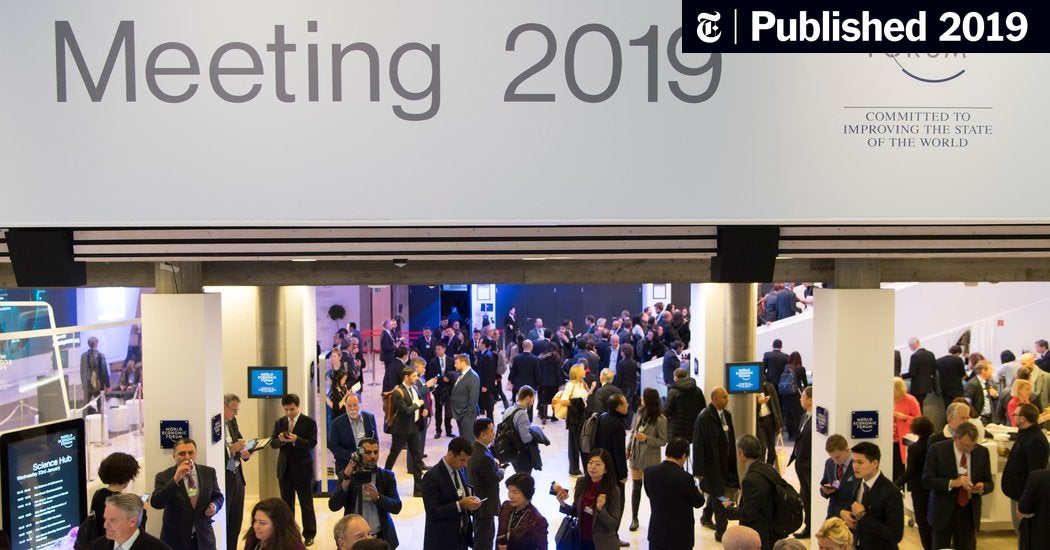 The Hidden Automation Agenda of the Davos Elite

DAVOS, Switzerland — They’ll never admit it in public, but many of your bosses want machines to replace you as soon as possible.

I know this because, for the past week, I’ve been mingling with corporate executives at the World Economic Forum’s annual meeting in Davos. And I’ve noticed that their answers to questions about automation depend very much on who is listening.

In public, many executives wring their hands over the negative consequences that artificial intelligence and automation could have for workers. They take part in panel discussions about building “human-centered A.I.” for the “Fourth Industrial Revolution” — Davos-speak for the corporate adoption of machine learning and other advanced technology — and talk about the need to provide a safety net for people who lose their jobs as a result of automation.

But in private settings, including meetings with the leaders of the many consulting and technology firms whose pop-up storefronts line the Davos Promenade, these executives tell a different story: They are racing to automate their own work forces to stay ahead of the competition, with little regard for the impact on workers.