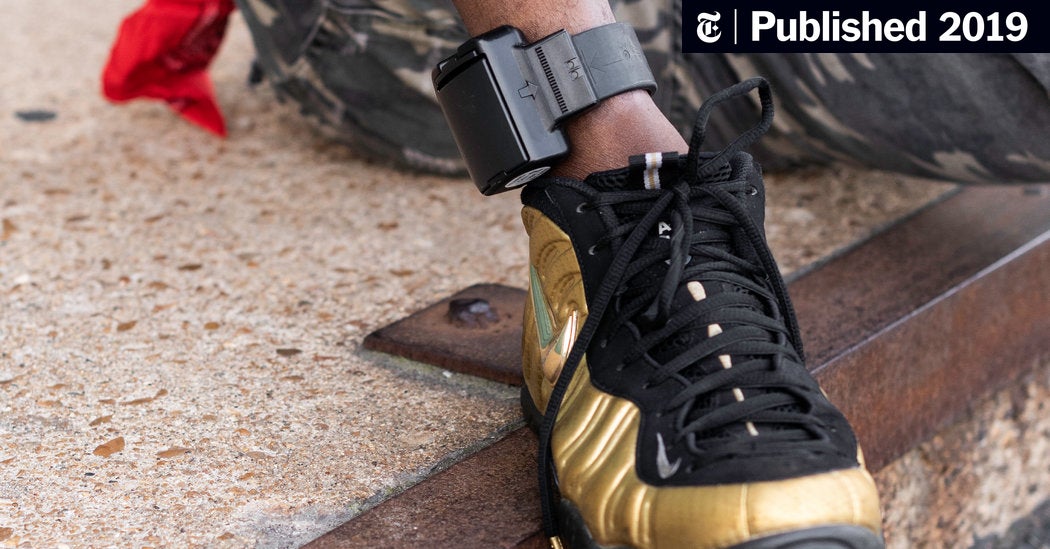 Ankle bracelets are promoted as a humane alternative to jail. But private companies charge defendants hundreds of dollars a month to wear the surveillance devices. If people can’t pay, they may end up behind bars.

This article is a collaboration between the Times and ProPublica, the independent nonprofit investigative-journalism organization.

On Oct. 12, 2018, Daehaun White walked free, or so he thought. A guard handed him shoelaces and the $19 that had been in his pocket at the time of his booking, along with a letter from his public defender. The lanky 19-year-old had been sitting for almost a month in St. Louis’s Medium Security Institution, a city jail known as the Workhouse, after being pulled over for driving some friends around in a stolen Chevy Cavalier. When the police charged him with tampering with a motor vehicle — driving a car without its owner’s consent — and held him overnight, he assumed he would be released by morning. He told the police that he hadn’t known that the Chevy, which a friend had lent him a few hours earlier, was stolen. He had no previous convictions. But the $1,500 he needed for the bond was far beyond what he or his family could afford. It wasn’t until his public defender, Erika Wurst, persuaded the judge to lower the amount to $500 cash, and a nonprofit fund, the Bail Project, paid it for him, that he was able to leave the notoriously grim jail. “Once they said I was getting released, I was so excited I stopped listening,” he told me recently. He would no longer have to drink water blackened with mold or share a cell with rats, mice and cockroaches. He did a round of victory push-ups and gave away all of the snack cakes he had been saving from the cafeteria.

When he finally read Wurst’s letter, however, he realized there was a catch. Even though Wurst had argued against it, the judge, Nicole Colbert-Botchway, had ordered him to wear an ankle monitor that would track his location at every moment using GPS. For as long as he would wear it, he would be required to pay $10 a day to a private company, Eastern Missouri Alternative Sentencing Services, or Emass. Just to get the monitor attached, he would have to report to Emass and pay $300 up front — enough to cover the first 25 days, plus a $50 installation fee.