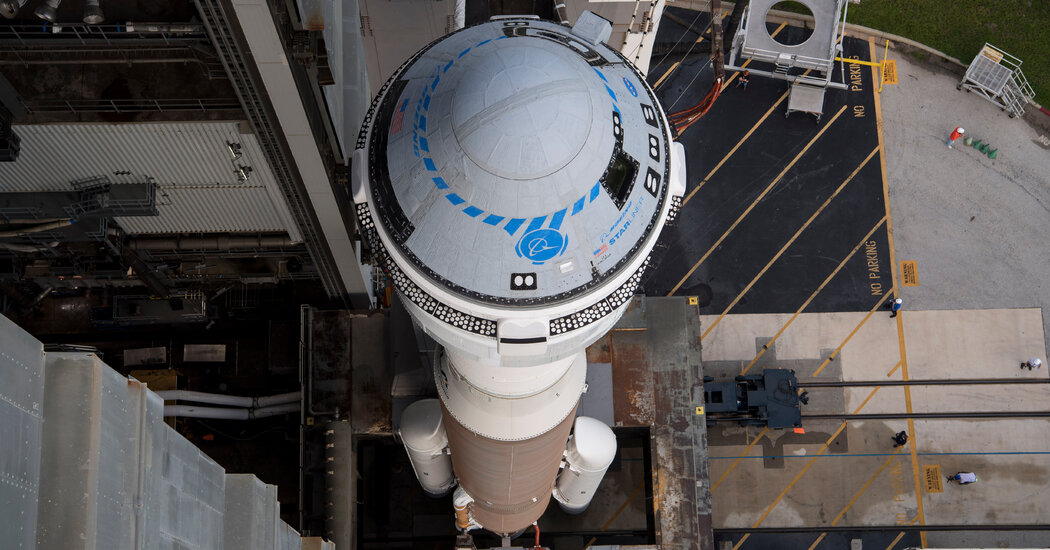 Boeing’s Starliner Launch Is Delayed, Again, Possibly Until Next Year

Problems with the capsule’s propulsion system require more troubleshooting, a setback for a program to carry NASA astronauts to the space station.

The Starliner is designed to take NASA astronauts to and from the International Space Station, and was already years behind schedule. Earlier problems with the spacecraft have added financial losses to Boeing’s balance sheet.

Friday’s announcement means that the capsule will be taken off the Atlas 5 rocket at the Cape Canaveral Space Force Station in Florida and returned to Boeing’s factory located nearby at NASA’s Kennedy Space Center. The scheduled crewless demonstration flight it was to complete will be delayed for at least two months, and possibly into next year. And that will further postpone Boeing’s first flight with astronauts aboard.

“This is obviously a disappointing day,” Kathy Lueders, NASA’s associate administrator for human exploration and operations, said during a telephone news conference. “But I want to emphasize that this is another example of why these demo missions are so very important to us.”