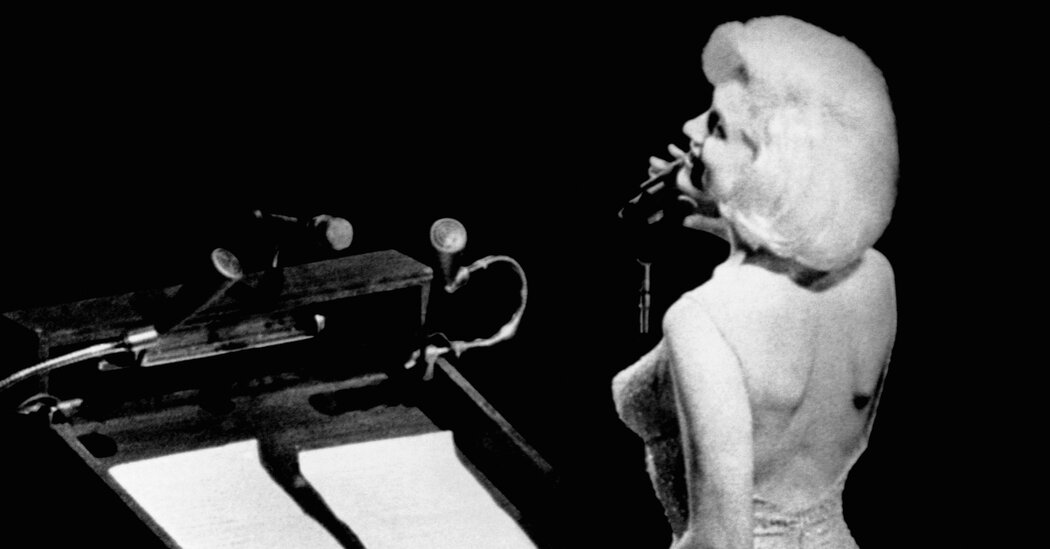 WASHINGTON — I was watching Vogue’s live feed as Kim Kardashian tried to walk the red carpet at the Met Gala in her skintight, flesh-tone dress, gallantly helped up the stairs by Pete Davidson. I flashed back to Marilyn Monroe on another May night in Gotham, doing similar mincing steps in a similar shimmering dress she was sewn into, when she suspired “Happy Birthday” to J.F.K.

Then Variety sent out a news bulletin that Kim was actually wearing Marilyn’s dress. I had last seen the crystal-strewn souffle concoction back in 1999, at a Christie’s exhibit for an auction of Marilyn’s property. It sparkled amid detritus such as sombreros, see-through nighties, and lighters from Frank Sinatra’s Cal-Neva lodge. The “nudest dress,” as the designer Jean Louis called it, was reverently displayed in a room by itself, lit from above like the Pieta.

As I was contemplating the comeback of this sartorial symbol of American seduction, I got another news bulletin: The Supreme Court was going to yank away the right of women to control their own bodies, strapping us into a time machine hurtling backward.