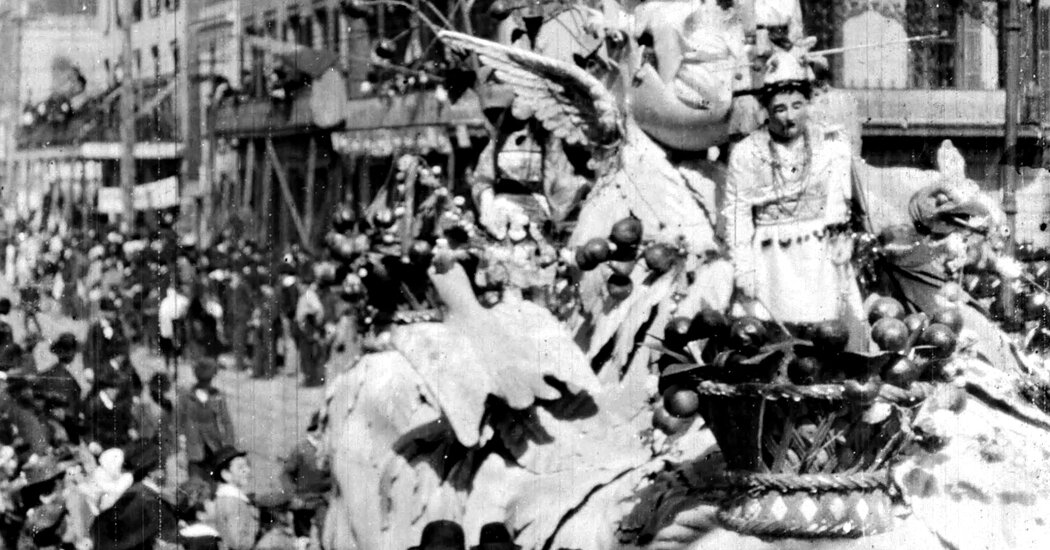 After Decades of Searching, 1898 Film of New Orleans Mardi Gras Is Found

Believed to be the oldest film of New Orleans, the roughly two-minute movie shows both long-held traditions of the parade and rituals that have been changed or forgotten.

Arthur Hardy, the publisher of an annual New Orleans Mardi Gras guide, began searching in the 1980s for a film of the parade that old silent film catalogs said had been produced in the 19th century.

He wrote to every expert he could think of. He tried the Library of Congress, the Academy of Motion Picture Arts and Sciences. He failed and lost interest — then resumed trying.

Mr. Hardy tried reaching out to Wayne Phillips, a curator at the Louisiana State Museum. Mr. Phillips tried Will French, a corporate lawyer who works in film financing and who serves as the in-house historian of the Rex Organization, among the most prominent groups that organize Mardi Gras floats. In March, Mr. French tried Mackenzie Roberts Beasley, a family friend of his and an archivist who specializes in film and audio.

Ms. Beasley scrutinized online databases. In five days, she found the film — a depiction of the fanciful floats of the Rex Organization from the distant world of 1898 New Orleans that somehow had wound up in the archives of the Eye Filmmuseum in Amsterdam.