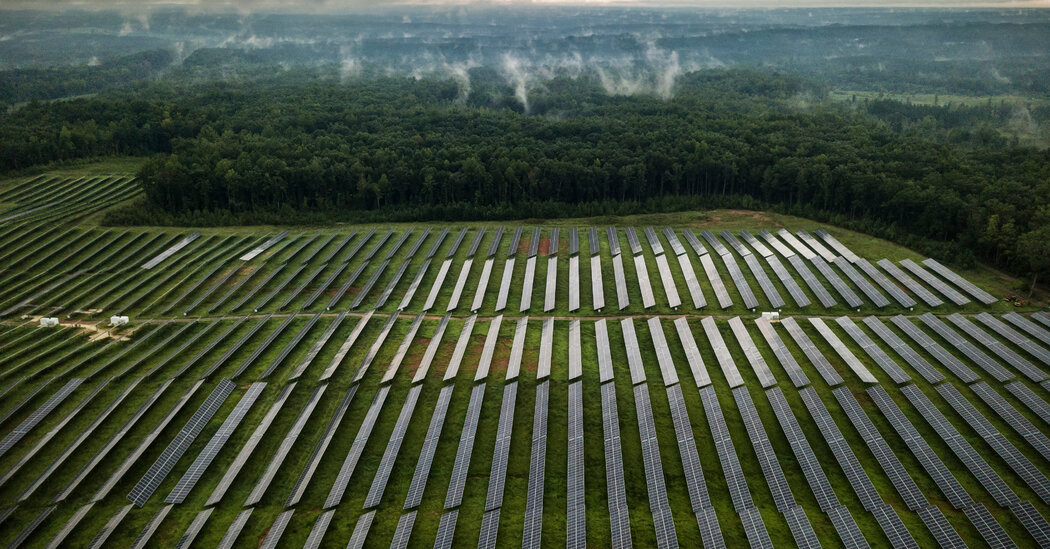 Are There Better Places to Put Large Solar Farms Than These Forests?

Mr. Popkin is an independent journalist who writes about science and the environment. He has written extensively about threats to trees and forests.

CHARLOTTE COURT HOUSE, Va. — In Charlotte County, population 11,448, forests and farms slope gently toward pretty little streams. The Roanoke River, whose floodplain includes one of the most ecologically valuable and intact forests in the Mid-Atlantic, forms the county’s southwestern border.

On a recent driving tour, a local conservationist, P.K. Pettus, told me she’s already grieving the eventual loss of much of this beautiful landscape. The Randolph Solar Project, a 4,500-acre project that will take out some 3,500 acres of forest during construction, was approved in July to join at least five other solar farms built or planned here thanks to several huge transmission lines that crisscross the county. When built, it will become one of the largest solar installations east of the Rocky Mountains. Although she is all for clean energy, Ms. Pettus opposed the project’s immense size, fearing it will destroy forests, disrupt soil and pollute streams and rivers in the place she calls home.

“I was so excited and hoped to see solar canopies over parking lots, solar panels on rooftops, solar panels on big box stores” after Virginia passed a 2020 law requiring the elimination of fossil fuels from its power sector by 2050, Ms. Pettus says. “I never dreamed it would involve so much deforestation and grading in a place I deeply care about.”