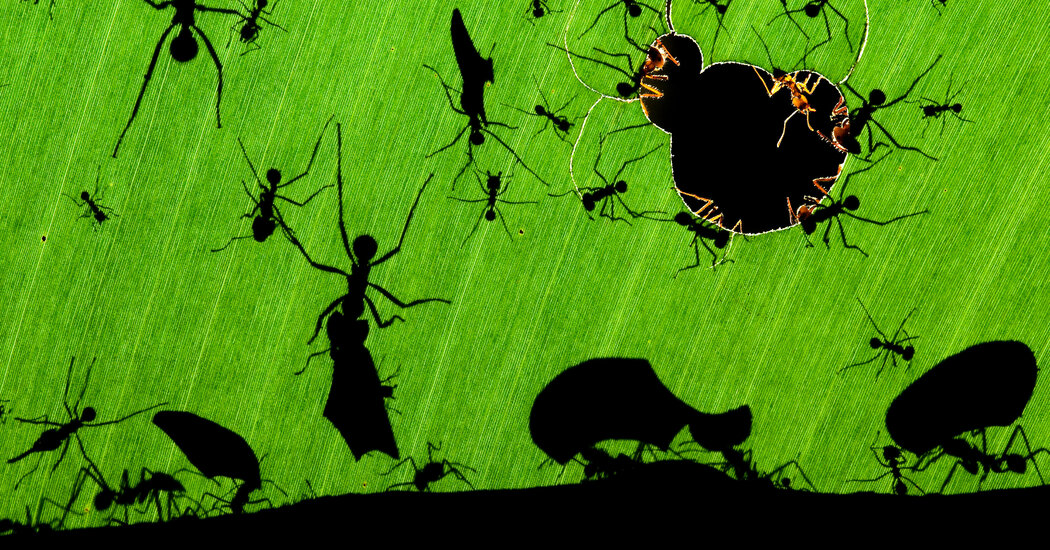 How Many Ants Are There on Earth? You’re Going to Need More Zeros.

There are 20 quadrillion ants worldwide, according to a new census, or 2.5 million for every living human. There are probably even more than that.

Right now, ants are scurrying around every continent except Antarctica, doing the hard work of engineering ecosystems. They spread seeds, churn up soil and speed up decomposition. They forage and hunt and get eaten. You may not know how much you rely on them.

“Ants are the movers and shakers of ecosystems,” said Nate Sanders, an ecologist at the University of Michigan. “Knowing anything about them helps us understand how ecosystems are put together and how they work.”

“I would argue most ecosystems would simply collapse without ants,” said Patrick Schultheiss, an ecologist at the University of Hong Kong. As some naturalists worry about an insect apocalypse, scientists are racing to keep track of what’s at stake. But they didn’t know how many ants there are or where they live.

Dr. Schultheiss and colleagues have a new ant census count: 20 quadrillion — 20 with 15 zeros following it. Ants outnumber humans at least 2.5 million to 1. Ant biomass is around 20 percent of human biomass, or the mass of carbon from the nearly 8 billion humans now living on Earth. The ant biomass also weighs around 12 megatons, which is about the equivalent of two Pyramids of Giza on a scale.