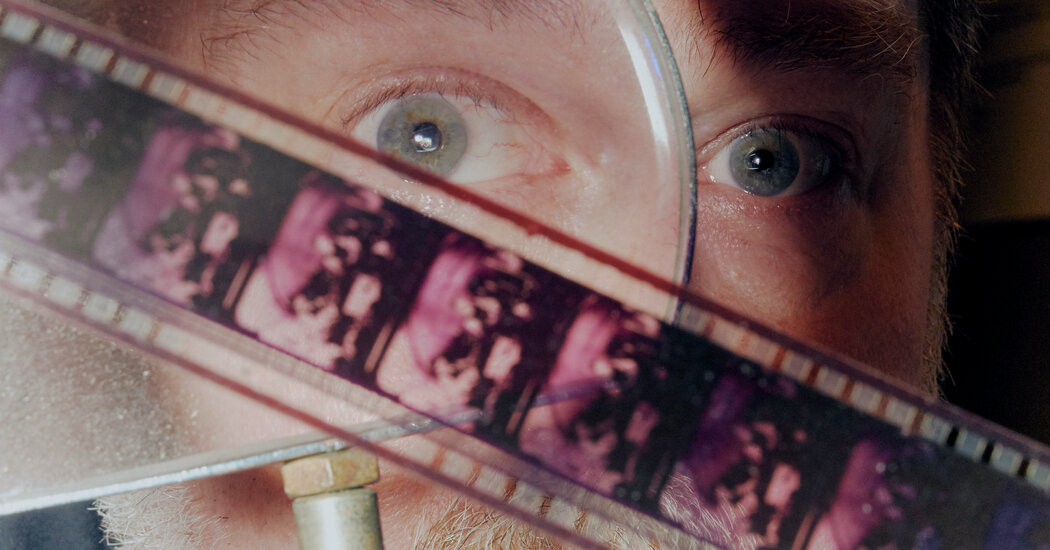 Projectionists are busier than ever, as they serve a demand for obscure 35-millimeter titles, nostalgia and the quirks of analog.

A rare 35-millimeter print of the 1948 Japanese film “Yuwaku (Temptation)” had been shipped halfway around the world for a festival at the Museum of Modern Art. The screening was to begin in 22 minutes. And the equipment was acting up.

He had already threaded the first reel through one of the theater’s twin projectors but the second projector, meant to fire up the next reel in a seamless changeover, was on the fritz.

As audience members filled the auditorium below the booth, Mr. Jolly pried at the back of a machine with a screwdriver. The moment seemed to be captured in a cartoon of an addled projectionist pinned to the wall and captioned, “Countless hours of pure boredom. Then come moments of stark terror!”

Undaunted, Mr. Jolly set aside the tools and decided to make do with a single projector. He would allow each reel to finish, then rapidly thread the next through the one working machine, suspending the audience in a moment of darkness. Some regulars might have experienced this before, he reasoned. “We’re pros in here; they’re pros at watching movies.