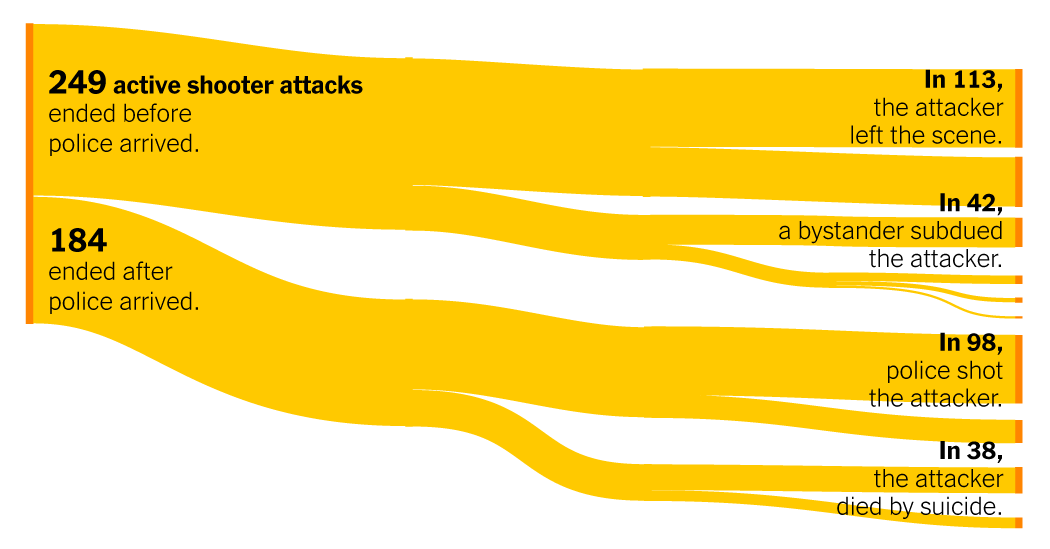 The lengthy police response to a school shooting in Uvalde, Texas, and the death of an armed security guard as part of an attack on a Buffalo supermarket last month have drawn fresh scrutiny to a recurring (and uniquely American) debate: What role should the police and bystanders play in active shooter attacks, and what interventions would best stop the violence?

The debate has moved to Capitol Hill as lawmakers consider gun safety legislation that could increase funding for mental health services, school safety and other measures aimed at keeping guns out of the hands of dangerous people. “What stops armed bad guys is armed good guys,” Senator Ted Cruz suggested in the wake of the Uvalde shooting, echoing many other gun rights advocates over the years.

Researchers who study active shooter events say it can be difficult to draw broad policy conclusions from individual episodes, but a review of data from two decades of such attacks reveals patterns in how they unfold, and how hard they are to stop once they have begun.