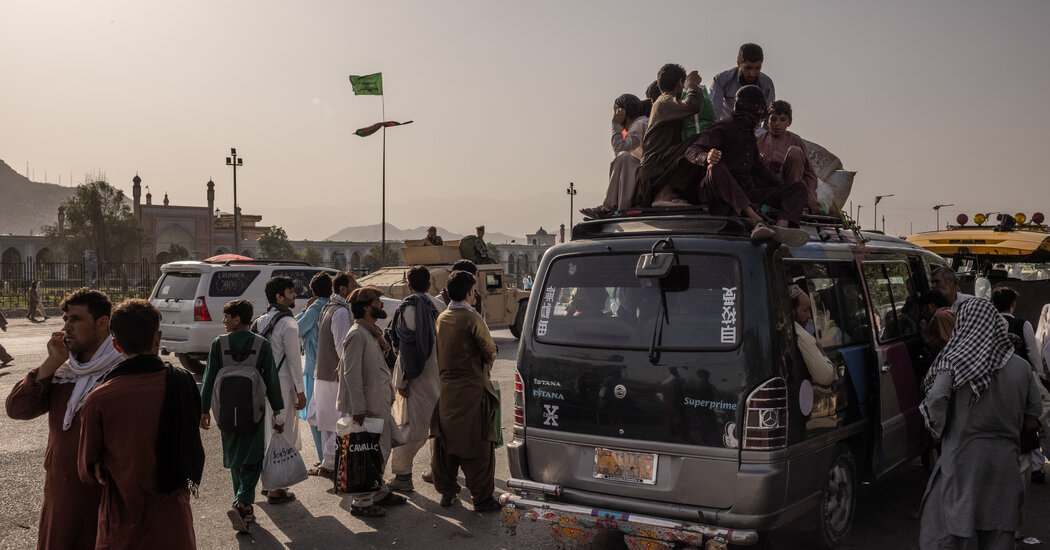 As the Afghan president fled the country and the government crumbled, the U.S. military raced to evacuate diplomats and civilians from an increasingly panicked city.

The Taliban effectively sealed their control of Afghanistan on Sunday, pouring into the capital, Kabul, and meeting little resistance as President Ashraf Ghani fled the country, the government collapsed, and chaos and fear gripped the city, with tens of thousands of people trying to escape.

The insurgents’ return to power, two decades after they were ousted, came despite years and hundreds of billions of dollars spent by the United States to build up the Afghan government and its defense forces. In a lightning offensive, the Taliban swallowed dozens of cities in a matter of days, leaving Kabul as the last major redoubt of government control.

On Sunday evening, former President Hamid Karzai announced on Twitter that he was forming a coordinating council together with Abdullah Abdullah, chairman of the Afghan delegation to peace talks, and Gulbuddin Hekmatyar, the leader of the Hesb-i-Islami party, to manage a peaceful transfer of power. Mr. Karzai called on both government and Taliban forces to act with restraint.