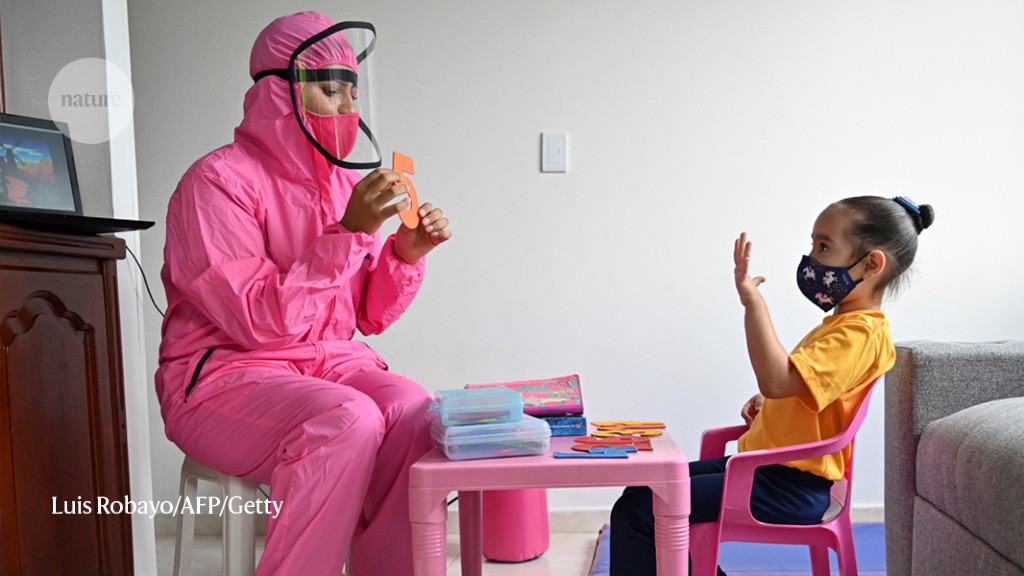 The COVID generation: how is the pandemic affecting kids’ brains?

Like many paediatricians, Dani Dumitriu braced herself for the impact of the SARS-CoV-2 coronavirus when it first surged in her wards. She was relieved when most newborn babies at her hospital who had been exposed to COVID-19 seemed to do just fine. Knowledge of the effects of Zika and other viruses that can cause birth defects meant that doctors were looking out for problems.

But hints of a more subtle and insidious trend followed close behind. Dumitriu and her team at the NewYork–Presbyterian Morgan Stanley Children’s Hospital in New York City had more than two years of data on infant development — since late 2017, they had been analysing the communication and motor skills of babies up to six months old. Dumitriu thought it would be interesting to compare the results from babies born before and during the pandemic. She asked her colleague Morgan Firestein, a postdoctoral researcher at Columbia University in New York City, to assess whether there were neurodevelopmental differences between the two groups.

A few days later, Firestein called Dumitriu in a panic. “She was like, ‘We’re in a crisis, I don’t know what to do, because we not only have an effect of a pandemic, but it’s a significant one,’” Dumitriu recalled. She was up most of that night, poring over the data. The infants born during the pandemic scored lower, on average, on tests of gross motor, fine motor and communication skills compared with those born before it (both groups were assessed by their parents using an established questionnaire)1. It didn’t matter whether their birth parent had been infected with the virus or not; there seemed to be something about the environment of the pandemic itself.