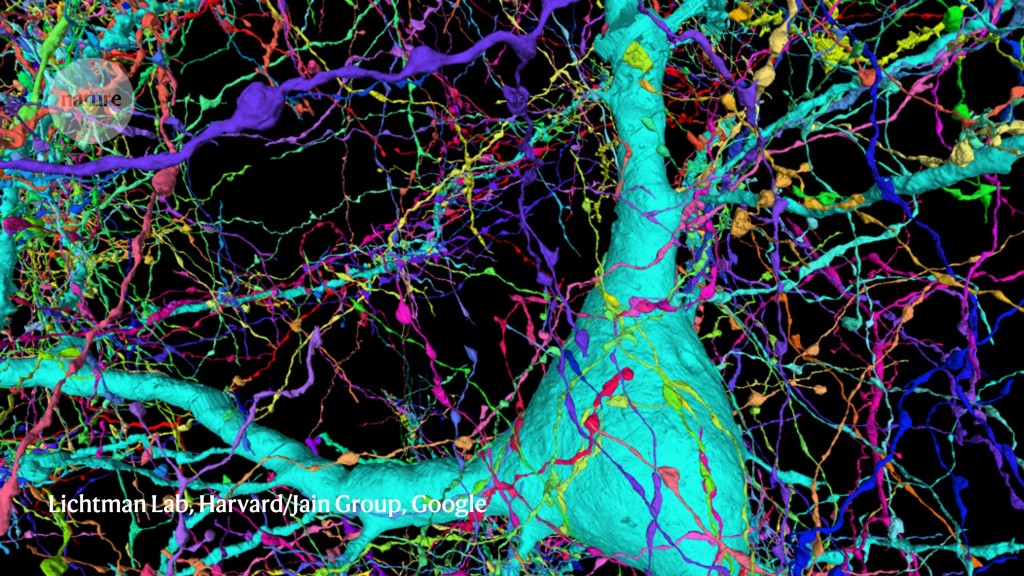 One cubic millimetre doesn’t sound like much. But in the human brain, that volume of tissue contains some 50,000 neural ‘wires’ connected by 134 million synapses. Jeff Lichtman wanted to trace them all.

To generate the raw data, he used a protocol known as serial thin-section electron microscopy, imaging thousands of slivers of tissue over 11 months. But the data set was enormous, amounting to 1.4 petabytes — the equivalent of about 2 million CD-ROMs — far too much for researchers to handle on their own. “It is simply impossible for human beings to manually trace out all the wires,” says Lichtman, a molecular and cell biologist at Harvard University in Cambridge, Massachusetts. “There are not enough people on Earth to really get this job done in an efficient way.”

It’s a common refrain in connectomics — the study of the brain’s structural and functional connections — as well as in other biosciences, in which advances in microscopy are creating a deluge of imaging data. But where human resources fail, computers can step in, especially deep learning algorithms that have been optimized to tease out patterns from large data sets.