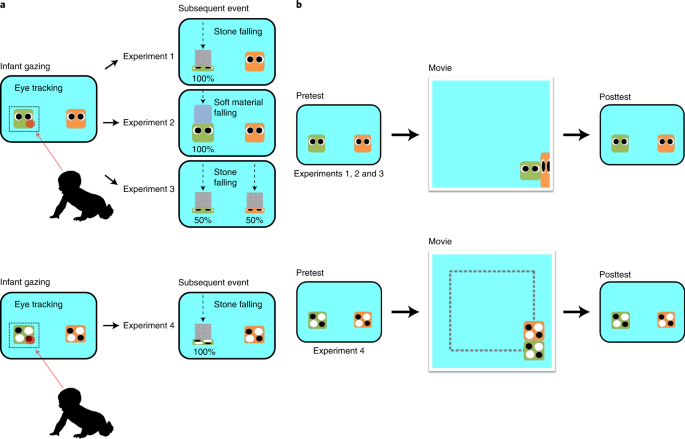 Third-party punishment of antisocial others is unique to humans and seems to be universal across cultures. However, its emergence in ontogeny remains unknown. We developed a participatory cognitive paradigm using gaze-contingency techniques, in which infants can use their gaze to affect agents displayed on a monitor. In this paradigm, fixation on an agent triggers the event of a stone crushing the agent. Throughout five experiments (total N = 120), we show that eight-month-old infants punished antisocial others. Specifically, infants increased their selective looks at the aggressor after watching aggressive interactions. Additionally, three control experiments excluded alternative interpretations of their selective gaze, suggesting that punishment-related decision-making influenced looking behaviour. These findings indicate that a disposition for third-party punishment of antisocial others emerges in early infancy and emphasize the importance of third-party punishment for human cooperation. This behavioural tendency may be a human trait acquired over the course of evolution.

Third-party punishment is a disposition of individuals to punish transgressors or norm violators who have not harmed them directly, and it seems to be universal across cultures1. The dominant explanation is that this disposition is a mechanism for maintaining cooperation2,3,4,5,6. Third-party punishment is unique to humans7,8 and has been well documented in adults1,2,3. However, debates about its evolved propensity9 and motivations10 are ongoing, and its point of emergence in ontogeny remains unknown.