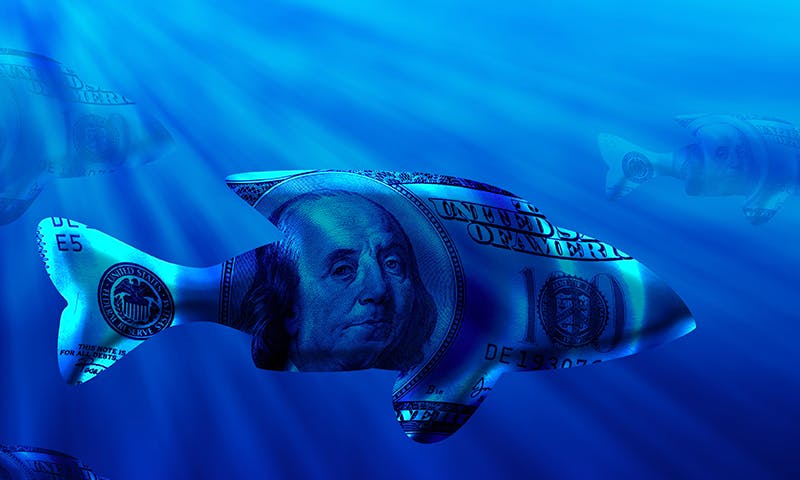 How Much Is the Ocean Worth?

A few years ago, Ralph Chami, a financial economist with the International Monetary Fund (IMF), was on a boat in Mexico’s Sea of Cortez with researchers studying blue whales. He knew nothing about the whales—only that seeing them in the wild was on his “bucket list”—but the moment Chami saw his first blue whale surface next to their boat, he felt everything change. The whale was a female, and she was massive, 110 or 120 feet long, with a mouth large enough to fit an elephant. One flick of her fin would have thrown Chami and the researchers into the sea. But she was feeding next to their small boat peacefully. For Chami, the experience epitomized all that he had missed about the wider world from the years spent in conference rooms and behind computer screens and he struggled to contain his emotions.

At night, Chami listened to the researchers talk about the astonishing amount of carbon the world’s great whale populations capture. Why, Chami wondered, was this information not more widely known? The problem, he thought, was that scientists were speaking a language that the people with the money and power to help protect our shrinking whale populations did not understand. That realization set Chami on a new path, helping translate the value of living whales and entire ecosystems into dollars and cents as a way to incentivize their protection. In 2019, he and several colleagues published their findings on the economic value of the world’s great whales in IMF’s flagship magazine, Finance & Development. After accounting for all the services a great whale provides, such as the 33 tons of carbon dioxide its body captures over its lifespan of—on average—60 years, the tourism dollars generated by whale-watching, and the nutrients it disperses that make fish more abundant, the number Chami arrived at was $2 million per whale.