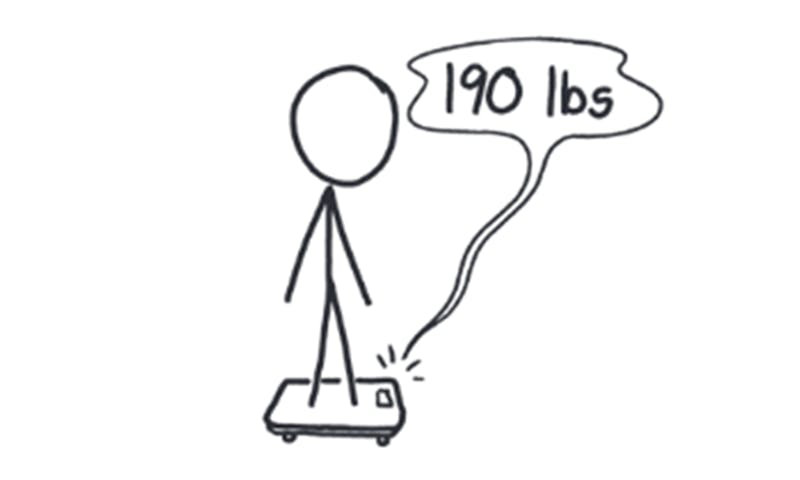 You process the oil into fuel and use it to launch several hundred billion tons of rocks into orbit. This shaves off an average of 0.2 mm of rock from the Earth’s surface. You hop on the scale.

Burning the Earth’s other fossil fuels helps a little—especially coal, which there’s quite a lot of—and lets you remove almost a millimeter of the Earth’s surface.* You step back on the scale.

You cover the entire planet with highly efficient solar panels and spend a year soaking up all the sunlight that strikes the Earth and using it to power your rock launchers. Humanity lives in the shade under your panels. People are probably pretty mad at you at this point.

A year’s worth of sunlight would give you enough energy to remove nearly 100 trillion tons of rock—several inches of the planet’s surface. Sadly, that’s not enough.