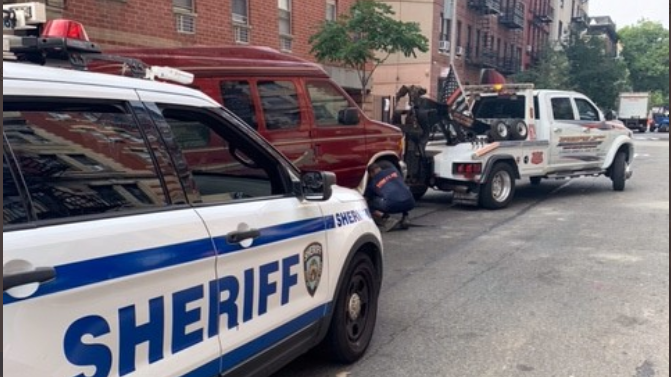 Authorities in Manhattan impounded seven van over the course of two days they say were illegally registered and used as Airbnb rentals on city streets.

Coined "operation room service," deputies from the sheriff's office, in partnership with the NYPD, busted more than half a dozen vehicles Thursday and Friday.

Sheriff Joseph Fucito told NBC New York that investigators discovered the parked vans on streets throughout Chelsea and the East Village were being used as rentals for Airbnb.

According to the records shared by Fucito's office, all seven of the vans had license New Jersey license plates. Registrations for three of the vans had expired more than four years while three others had plates belonging to other vehicles. The seventh van wasn't registered.