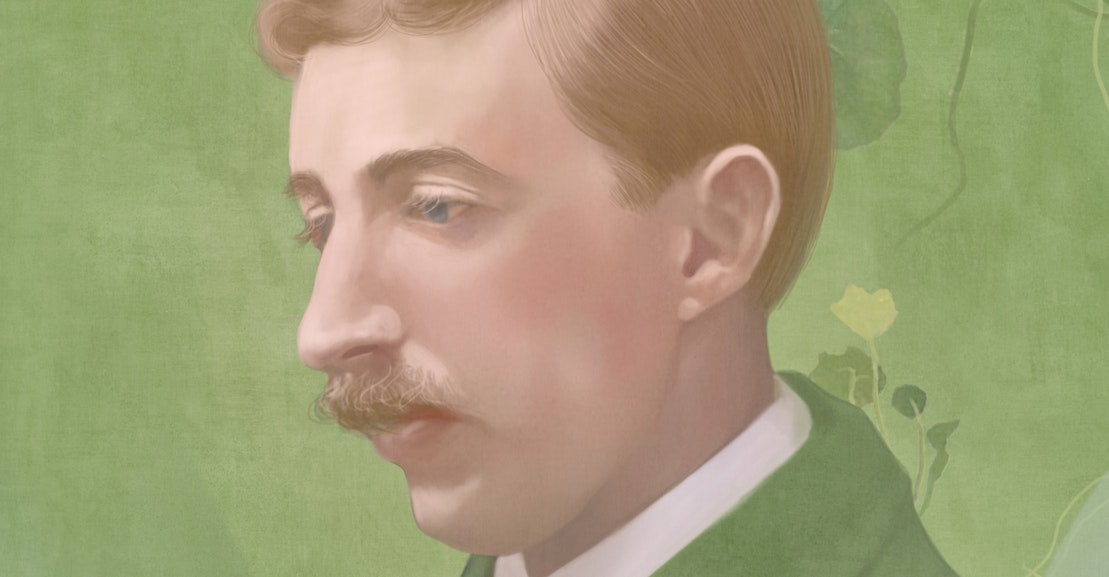 The Afterlives of E.M. Forster | The New Republic

William di Canzio’s Alec arrived in the mail looking like an English novel set in Italy, circa 1960: a black-and-white illustration of a handsome young man’s face framed by a gray square, his gaze on something just out of sight, his lips parted as if he is about to say something, or has just said something. The Alec of the title is Alec Scudder, a young man famous to us—if we know him at all—as the final love interest in Maurice, E.M. Forster’s posthumous novel of gay life, begun in 1913, published in 1971, 47 years after his last previous novel. Di Canzio promises us Alec’s side of this story.

Alec Scudder is a young assistant gamekeeper in the employ of Clive Durham, the first love of the titular Maurice Hall. Clive has given up on the chaste love he and Maurice had promised each other as a compromise between their feelings and what they felt “respectability” demanded of them; instead, he has married the woman his family expected him to marry. By the time Alec appears in Maurice’s life, three-quarters of the way through the novel, Maurice has come to visit Clive’s country home, desolate over Clive’s seemingly abrupt marriage and subsequent transformation into a heterosexual local politician running for office. Clive was the first person to give a name and a language to the feelings Maurice had all his life before this, and Maurice now knows no other world that could sustain him. Maurice is undergoing treatment, hoping to be hypnotized out of loving Clive and out of his attractions to men in general; he even endures the household speculation that he is courting a woman. This is when his eyes meet Alec’s, passing him on his way into the estate, and he falls in love. Or rather, they both fall in love—it is love at first sight. Maurice and Alec quickly begin what seems like a doomed love affair.

Maurice charts these difficulties with a level of detail not found in most fiction of the period. It is also a novel about social class in a way most fiction about gay men still does not manage: Clive is upper class, Maurice is middle class, and Alec, working class, and Forster portrays the roles each is pressed into because of this, and their resistance or submission to the demands of those roles. A common theme in the novel is the replaceability of men in these dominant culture roles. The novel ends with Maurice fiercely declaring his love of Alec to Clive, who can barely understand what he’s saying, and then walking away, leaving Clive talking to himself alone in the dark on his grand estate. In Alec, di Canzio begins by illuminating Alec’s side of these circumstances from the novel and then continues out past the border of the lawn where Maurice left Clive.