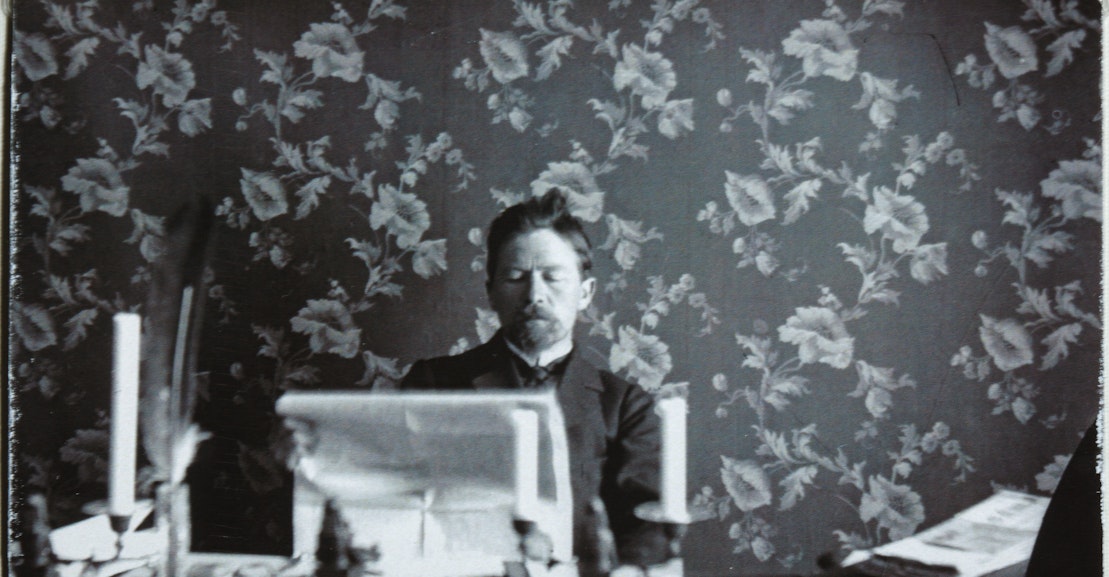 The Vast Humanity of Anton Chekhov

Anton Chekhov was probably the least statuesque major Russian writer of his generation. He wrote short stories rather than novels, lived modestly, and rarely boomed out complicated philosophical ideas in large valise-sized volumes, as his contemporaries, Tolstoy and Dostoevsky, were wont to do. He came from peasant stock, unlike the aristocratic Turgenev; and his politics rarely got in the way of his fiction, as they sometimes did for Gorky. He was generous, intimate, hardworking, and didn’t express grandiose opinions of himself or suffer unduly from the usual Russian vices—vodka, infidelity, and gambling. But most of all, even after achieving success as a short story writer and playwright, Chekhov never quit his day job as a doctor, and continued supporting his friends and family while suffering everything from hemorrhoids and bad teeth to frequent brain-numbing depressions, phlebitis, and the long case of tuberculosis that eventually killed him at the age of 44.

Born in Taganrog in 1860, Chekhov knew the extremes of Russian life. His father was a freed serf who achieved a brief, hard-fought success as the owner of two local grocery shops before losing them both. He impressed upon Chekhov and his siblings both a respect for the world’s natural forces (he frequently beat them) and a love for music (he devotedly took them to church each week to enjoy the choirs). His mother, a far gentler creature, doesn’t show up as prominently in Chekhov’s correspondence but resides in the background as a vast, humanizing force. Chekhov’s four close-knit brothers and sister each seem to have been both talented and wild. His older brother Nikolai suffered from alcoholism and bad debts that caused him to disappear for weeks at a time, while the youthful Alexander shamed his parents by taking up residence with a married woman.