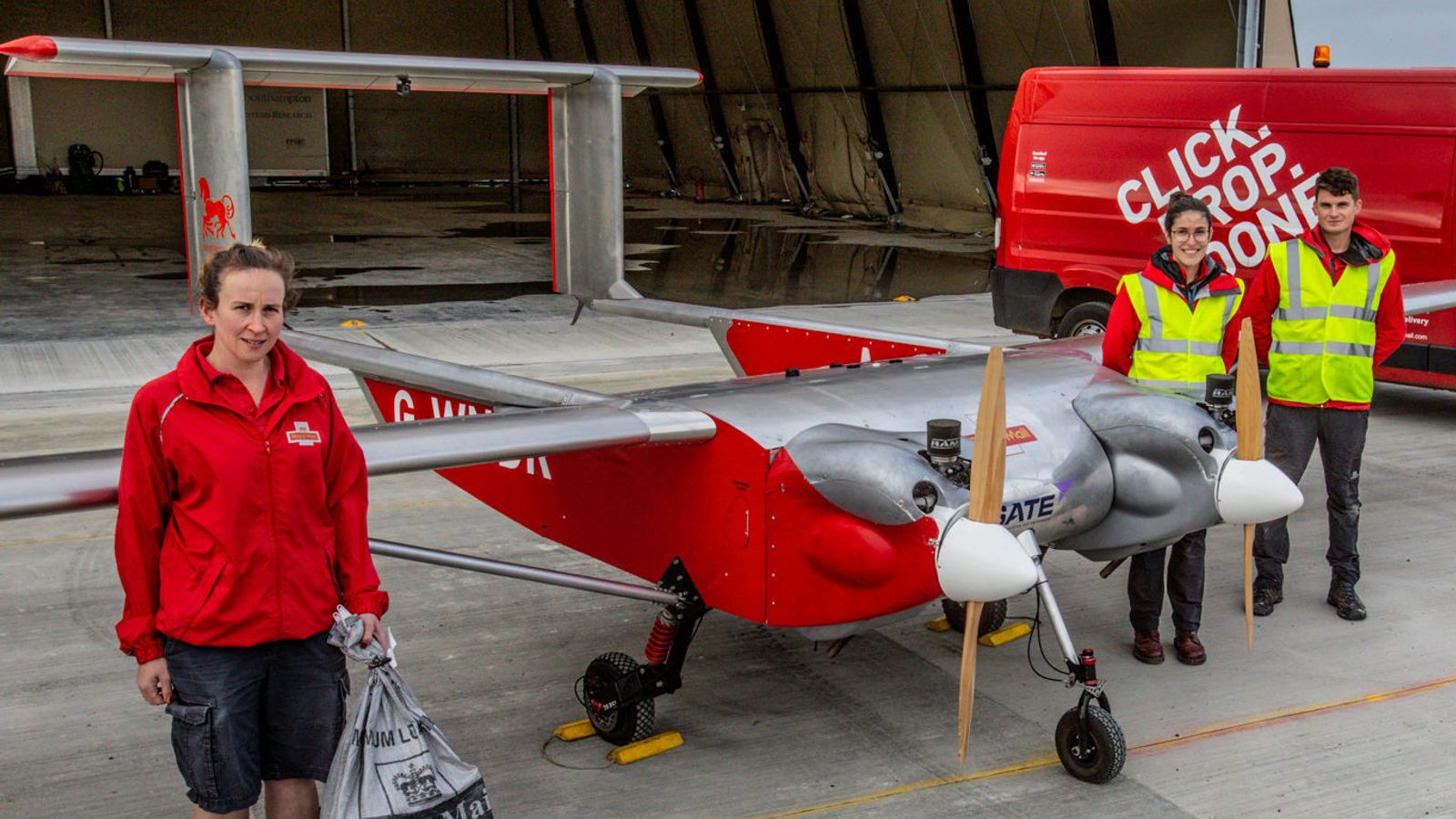 The firm says it aims to eventually use 500 drones to service all corners of the UK, with its boss saying it will also help reduce carbon dioxide emissions.

They will help provide faster and more reliable services to remote communities - with the Hebrides, the Isles of Scilly, the Shetlands, and the Orkney Islands first in line.

Four trials have been going on over the last 18 months to areas including the Isle of Mull in Scotland and the Isles of Scilly, off Cornwall.

Test flights for the new service have also covered a near 100-mile round trip between Lerwick on Shetland and Unst in the north of the islands.

They've carried up to 100kg on two daily flights and when they land the post is distributed to the local delivery person to drop off as usual.