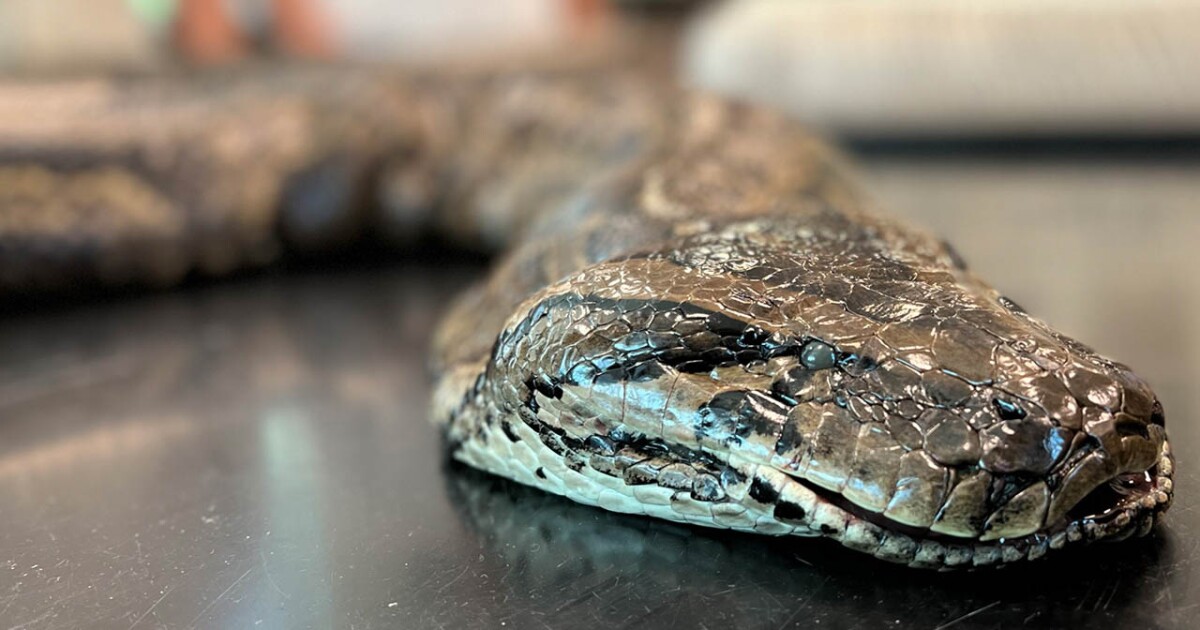 Largest ever Burmese python in Florida found in Collier County

The largest Burmese python ever discovered in Florida was captured from the Everglades and brought to the Conservancy of Southwest Florida for research. The female python, weighing in at 215 pounds and 18 feet long, had 122 eggs inside of her, which is the largest egg count ever recorded for a python.

The Conservancy’s python program has been conducting research since 2013 to understand the invasive species and has never encountered a python of this size before.

“We feel like it's a win when we can target animals of this size. Remove them from the bioregion, repeat. Each season this crew removes tons of python. This was a two-ton season,” said Ian Bartoszek, wildlife biologist and python project manager for the Conservancy.

“The last meal this animal had was a white-tailed deer in Picayune Strand State Forest,” Bartoszek said. The team discovered this during their necropsy by finding hoof cores in the python's digestive track. Researchers estimate the deer was around 75 pounds.

“This team has been radio tracking invasive Burmese pythons for about the last 10 years, learning about their behaviors so we can find out methods to more effectively remove them from the ecosystem,” Bartoszek said.