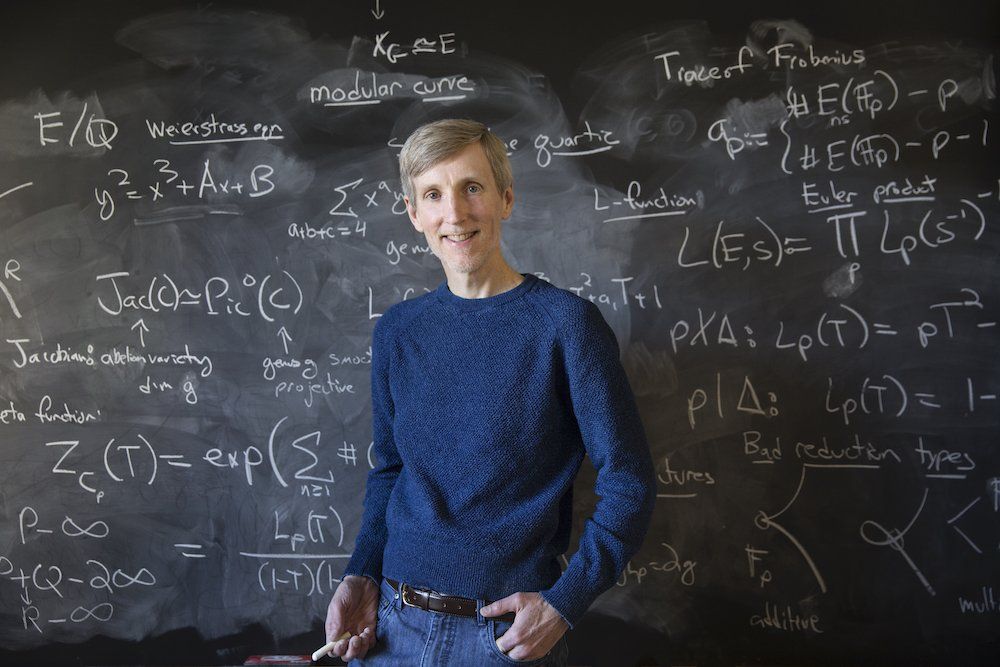 The answer to life, the universe, and everything

A team led by Andrew Sutherland of MIT and Andrew Booker of Bristol University has solved the final piece of a famous 65-year old math puzzle with an answer for the most elusive number of all: 42.

The number 42 is especially significant to fans of science fiction novelist Douglas Adams’ “The Hitchhiker’s Guide to the Galaxy,” because that number is the answer given by a supercomputer to “the Ultimate Question of Life, the Universe, and Everything.”

This sum of three cubes puzzle, first set in 1954 at the University of Cambridge and known as the Diophantine Equation x3+y3+z3=k, challenged mathematicians to find solutions for numbers 1-100. With smaller numbers, this type of equation is easier to solve: for example, 29 could be written as 33 + 13 + 13, while 32 is unsolvable. All were eventually solved, or proved unsolvable, using various techniques and supercomputers, except for two numbers: 33 and 42.

Booker devised an ingenious algorithm and spent weeks on his university’s supercomputer when he recently came up with a solution for 33. But when he turned to solve for 42, Booker found that the computing needed was an order of magnitude higher and might be beyond his supercomputer’s capability. Booker says he received many offers of help to find the answer, but instead he turned to his friend Andrew "Drew" Sutherland, a principal research scientist in the Department of Mathematics. “He’s a world’s expert at this sort of thing,” Booker says.