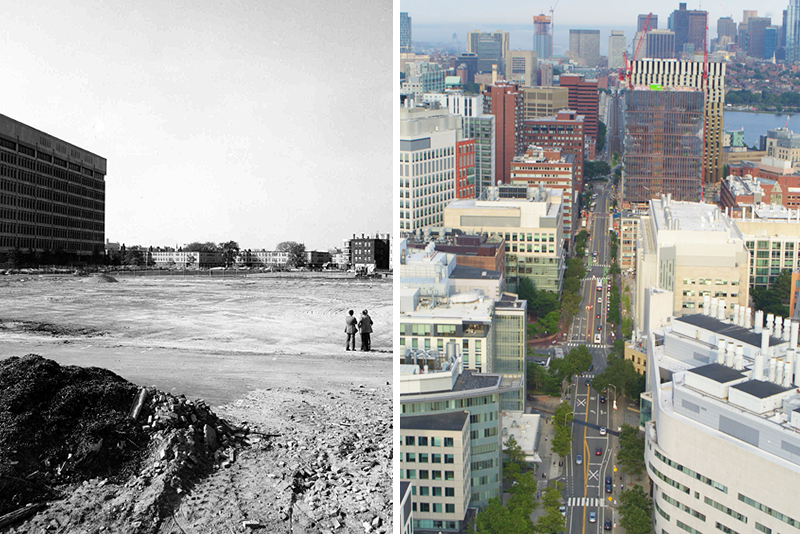 “From Controversy to Cure” documentary chronicles the biotech boom in Cambridge, Massachusetts

Kendall Square in Cambridge, Massachusetts, is home to the greatest concentration of biotechnology companies in the world. Once a salt marsh on the Charles River, the now-bustling enclave surrounding the MIT campus has evolved from a desolate wasteland of empty parking lots and crumbling warehouses in the 1970s to a vibrant ecosystem of innovation: the beating heart of the nation’s biotechnology industry today.

But how did this urban rags-to-riches tale begin? How did one of Cambridge’s least-appealing areas — one locals avoided after dark for decades — become a beacon for titans of industry and innovative startups working on treatments for devastating diseases like cancer, Alzheimer’s, and diabetes?

“From Controversy to Cure: Inside the Cambridge Biotech Boom” is a new documentary film by MIT Video Productions premiering this week with showings at MIT. It tells the story of the long, largely unplanned, and often haphazard series of events in Cambridge and beyond that ignited a “bio boom” in the greater Boston region.