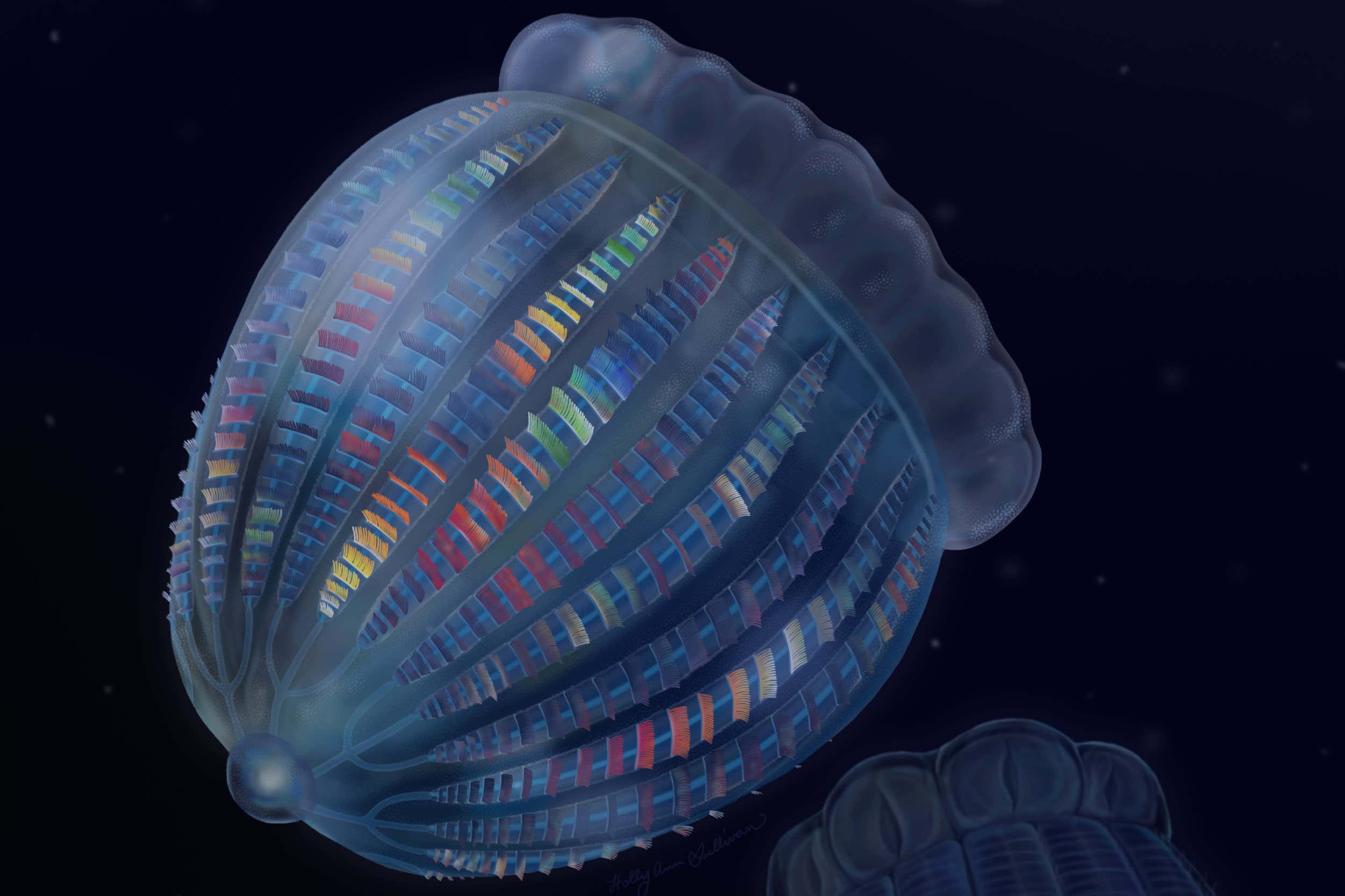 A comb jelly fossil from some 500 million years ago shows a previously unknown species of these ancient sea animals that had a more complex nervous system than their modern descendants.

“Comb jellies occupy a much earlier position in the animal tree of life [than arthropods and brachiopods], so it is filling …