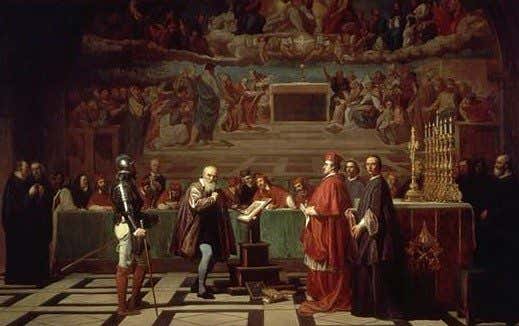 In 1633, the Inquisition of the Roman Catholic Church forced Galileo Galilei, one of the founders of modern science, to recant his theory that the Earth moves around the Sun. Under threat of torture, Galileo – seen facing his inquisitors – recanted. But as he left the courtroom, he is said to have muttered, ‘all the same, it moves’.

Last week, 359 years later, the Church finally agreed. At a ceremony in Rome, before the Pontifical Academy of Sciences, Pope John Paul II officially declared that Galileo was right. The formal rehabilitation was based on the findings of a committee of the Academy the Pope set up in 1979, soon after taking office. The committee decided the Inquisition had acted in good faith, but was wrong.

In fact, the Inquisition’s verdict was uncannily similar to cautious statements by modern officialdom on more recent scientific conclusions, such as predictions about greenhouse warming. The Inquisition ruled that Galileo could not prove ‘beyond doubt’ that the Earth orbits the Sun, so they could not reinterpret scriptures implying otherwise.

The verdict was not one to which the doctrine of papal infallibility applied, and the Vatican was never comfortable with it. Pope Urban approved it, but commuted Galileo’s sentence from prison to house arrest. The Church finally admitted he was right in the 19th century.