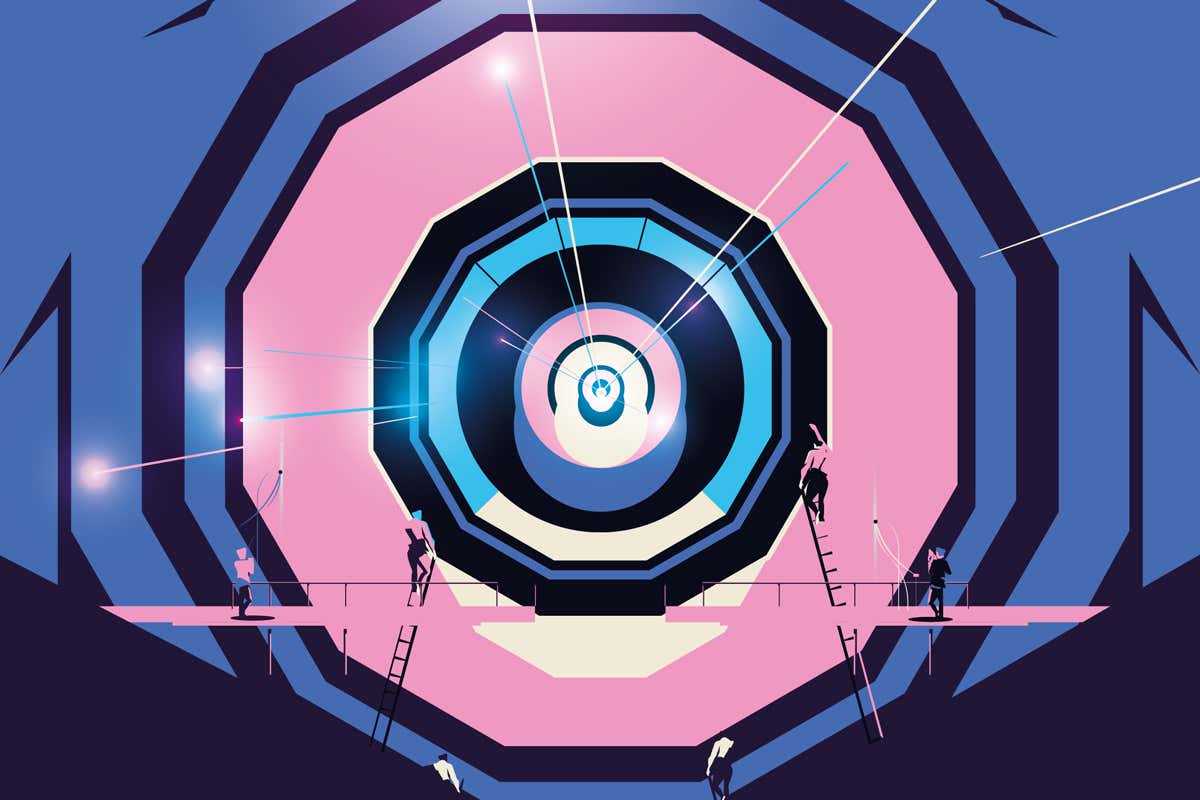 At half past six on the evening of 20 January 2021, amid the gloom of a long winter lockdown, a small team met on Zoom to share a moment they knew might change physics forever. “I was literally shaking,” says Mitesh Patel at Imperial College London. He and his team were about to “unblind” a long-awaited measurement from the LHCb experiment at the CERN particle physics laboratory near Geneva, Switzerland – one that might, at long last, break the standard model, our current best picture of nature’s fundamental workings.

The measurement concerns subatomic particles known as “beauty” or “bottom” quarks. Over the past few years, their behaviour has hinted at forces beyond our established understanding. Now, with the hints continuing to firm up, and more results imminent, it’s crunch time. If these quarks are acting as they appear to be, then we are not only seeing the influence of an unknown force of nature, but perhaps also the outline of a new, unified theory of particles and forces.

That is a big if – but many particle physicists are on tenterhooks, myself included.”I’ve never seen something like this,” says Gino Isidori, a theorist at the University of Zurich, Switzerland. “I’ve never been so excited in my life.”