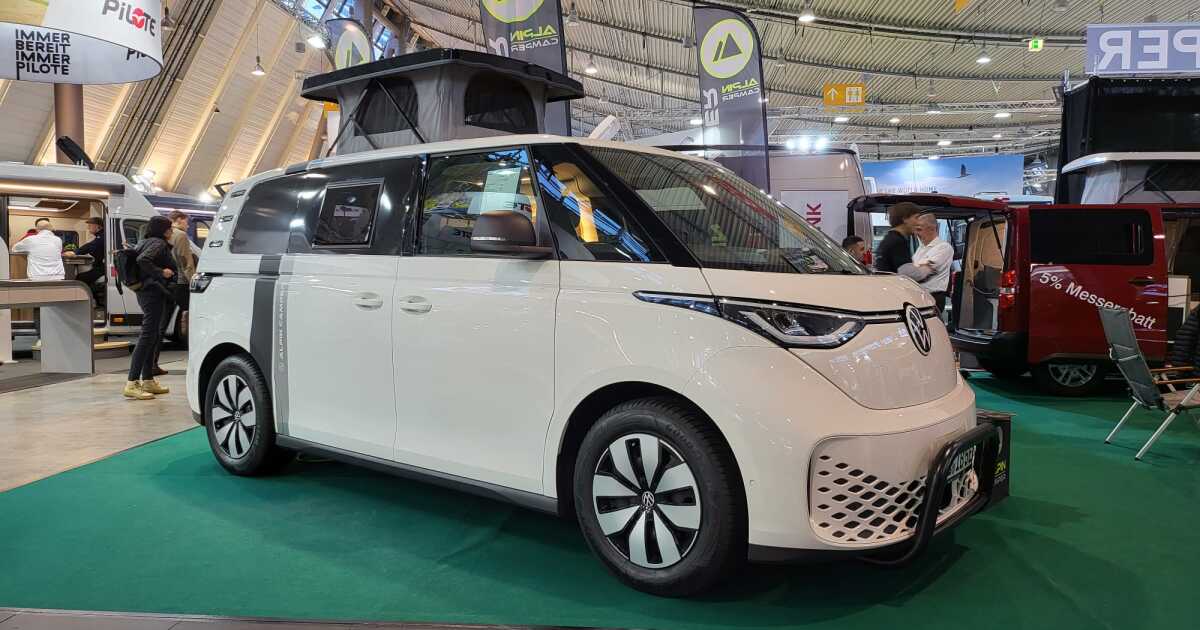 At the same time Winnebago was showing one of the first potential all-electric American camper vans, German brand Alpincamper was showing the first fully converted Volkswagen ID. Buzz electric camper van in the world. It happened at the same CMT show that brought us such novelties as the Spacecamper ebike RV and Alpine Cross Cabin concept van. Alpincamper's ID. Buzz prototype suggests a promising future for tiny electric RVing, packing in a compact, decentralized floor plan that offers plenty of comfort and capability without unnecessary weight or bulk.

Ququq's take on electric VW camping is a removable camper-in-a-box kit, not a full-time conversion, so Alpincamper becomes the first to show a full-time ID. Buzz camper van. Alpincamper's conversion isn't as versatile as a removable system like the Ququq, but its permanent installation does appear to offer simpler, stealthier and more comfortable camping.