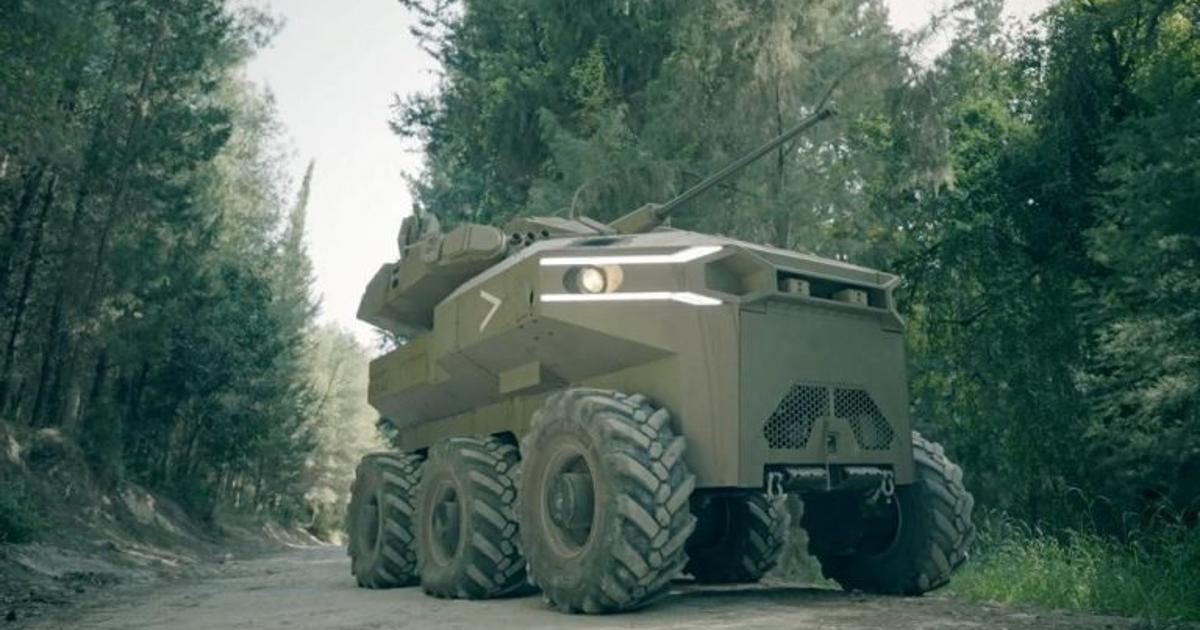 The Israeli Ministry of Defense plans to begin testing of a Medium Robotic Combat Vehicle (M-RCV) next year. The vehicle unveiled last week at the Eurosatory Defense and Security Exhibition in Paris by Elbit Systems will act as an advanced technology demonstrator.

With only 169,500 active personnel at any one time and having to operate in urban areas and rugged terrain, the Israeli Defense Forces obviously prefer to operate under a doctrine of minimizing its casualties whenever possible. As a result, Israel takes a very keen interest in defensive and robotic systems that eliminate the human element.

Developed by the Ministry of Defense's Directorate of Defense Research and Development (DDR&D), the Tank and APC Directorate, and Israeli security industries, the robotic tank is based on a new robotic platform type BLR-2 made by Israeli firm BL. It features a 30-mm autonomous turret originally developed by the Tank and APC Directorate for the Eitan armored personnel carrier; the Elbit Iron Fist Active Protection System, which is a smaller, mountable version of the Iron Dome anti-projectile defense system; fire control and mission management systems; a robotic autonomous operations kit; and active and passive sensors for situational awareness.

In addition, the robotic vehicle carries a capsuled drone that it can deploy and retrieve for forward reconnaissance missions. It can also carry a variety of heavy loads, as well as an Israeli Aerospace Industries missile launcher and Rafael Advanced Defense Systems Spike missiles.