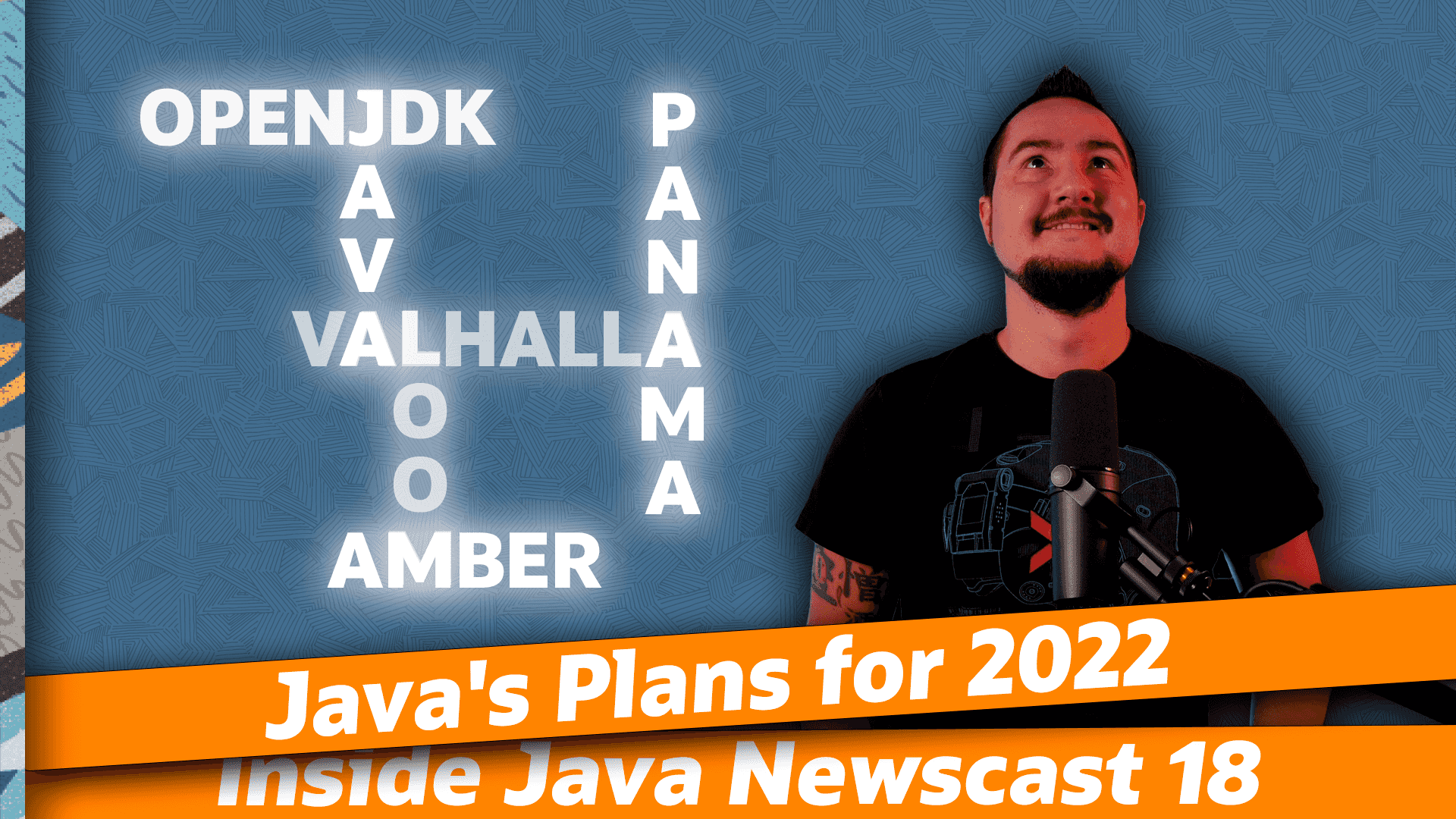 Happy new year, everyone, and welcome to the first Inside Java Newscast in 2022. I'm Nicolai Parlog, Java developer advocate at Oracle and today we're gonna take a look at Java's four hot projects: Valhalla, Panama, Loom, and Amber - what they're about, where they are right now, and what their plans are for 2022 and beyond. I'll close with some some comments on the timeline.

Project Valhalla has two goals: an obvious one and a subtle one. The obvious one is to introduce a new kind of type that "codes like a class, works like an int" - as the mission statement goes. The subtle one is to heal the rift in Java's type system that separates reference types from primitives, part of which is to allow generification over all types. Yes, you'll be able to create an ArrayList<int> that's backed by an int[] - no boxing needed.

Valhalla launched in 2014 right after Java 8 was released and has spent much of that time in an exploratory phase where the people behind the project, led by Brian Goetz, experimented with various proof-of-concept implementations. Over the last year these efforts have crystalized into a set of concrete proposals.