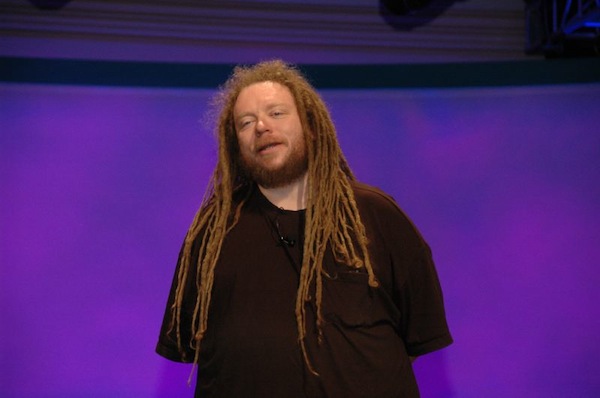 “We’re used to treating information as ‘free,'” writes Jaron Lanier in his latest book Who Owns the Future?, “but the price we pay for the illusion of ‘free’ is only workable so long as most of the overall economy isn’t about information.”

Lanier argues that a free-culture mindset is dismantling the middle-class economy. In his estimation, the idea “that mankind’s information should be free is idealistic, and understandably popular, but information wouldn’t need to be free it no one were impoverished.”

Who Owns the Future?, like his 2010 book You Are Not a Gadget, is another manifesto attempting to rebuff what he sees as the contemporary ethos of the web. But the followup also refreshingly attempts to pose solutions, one where all participants in this information-based world are paid for what they do and distribute on the web. Throughout, it places particular emphasis on the ways digital technology has unsettled the so-called “creative class” — journalists, musicians, photographers, and the like. As he sees it, the tribulations of those working in such fields may be a premonition for the middle class as a whole. It’s “urgent,” he writes, “to determine if the felling of creative-class careers was an anomaly or an early warning of what is to happen to immeasurably more middle-class jobs later in this century.”

I recently spoke with Lanier and we discussed the ways he sees digital networking disrupting the media, why he thinks advertising can no longer sustain paid journalism, and why he misses the future. Lightly edited and condensed, here’s a transcript of our conversation.