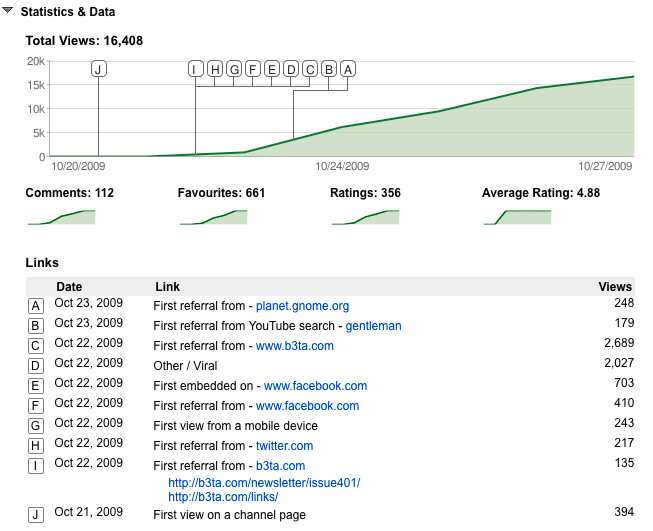 Youtube launched the most amazing statistics recently, hidden under their collapsed “Statistics & Data” header. Instead of a random list of awards, it now shows a timeline of the growth of the video’s popularity along with references to each source. Take for instance the video “Chap-hop History” by Mr. B the Gentleman Player:

In addition to the existing statistics page (including awards and demographics), this interface now shows a chronology of the video’s popularity. In the case of Mr. B, the link first appears on b3ta, then @DJYodaUK and a few other twitter users, followed by Facebook, more b3ta, and then Planet Gnome. For the first time I feel like I have a clear, concise view of how a piece of content went viral. Take as a counter-example a popular video from this week, The Cat That Betrayed His Girlfriend whose popularity seems to have existed before the video was on the site (its first source of traffic was searches for the title). Browsing around a bit, it seems as though most big videos get their start from external sources, related videos, and searches.

How I Recreated YouTube’s Homepage in Figma 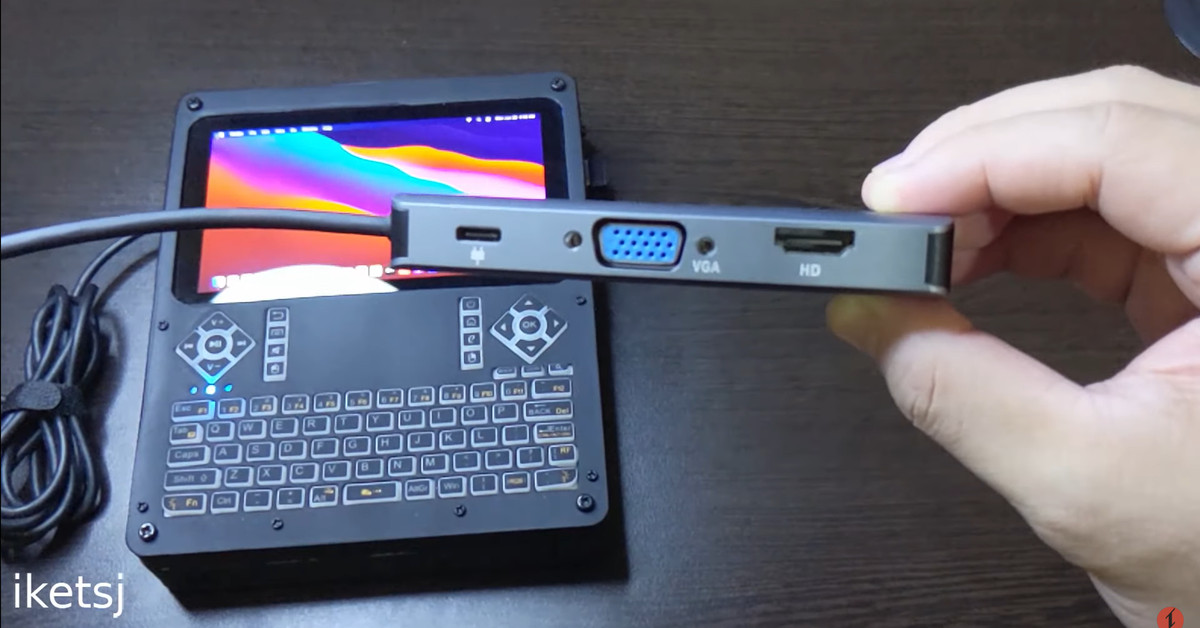 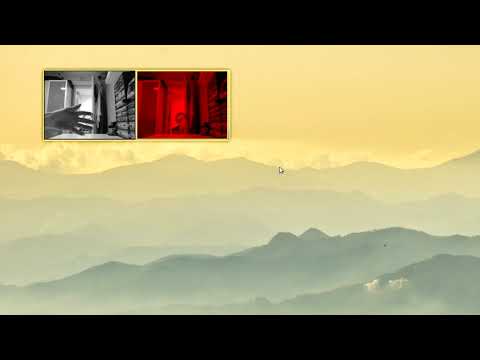 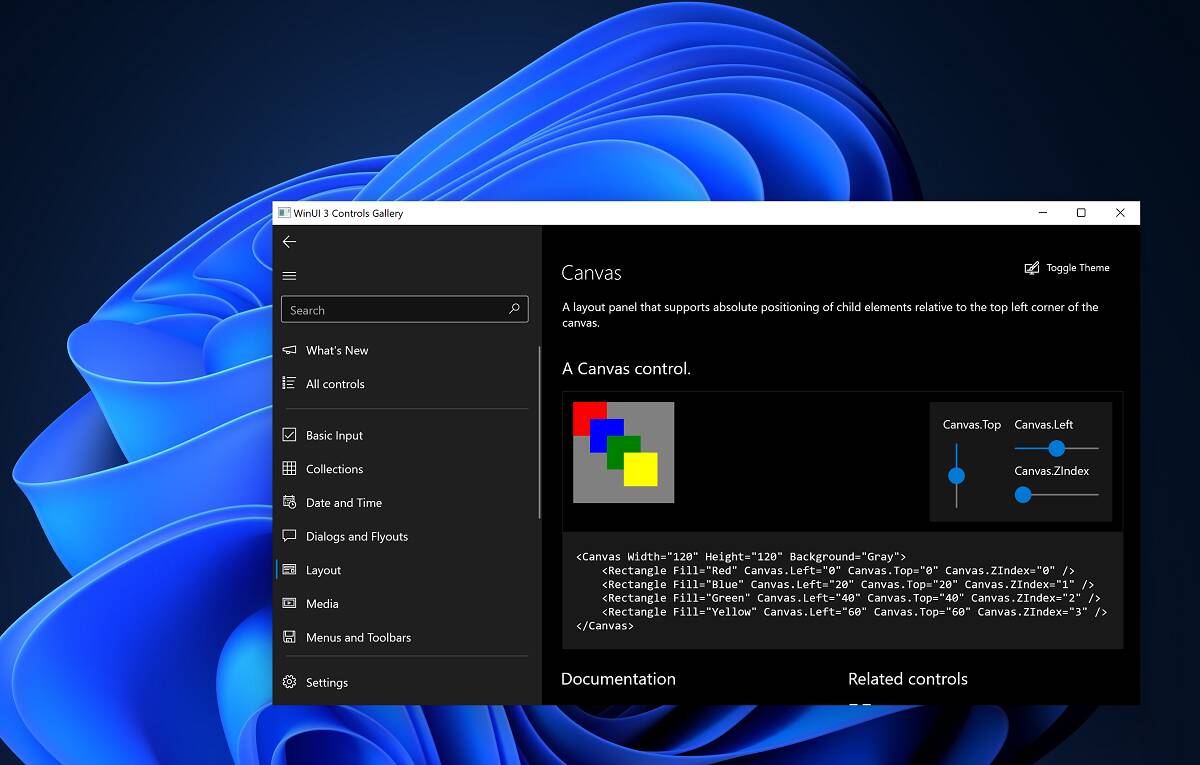 Universal Windows Platform no more? Microsoft says 'no plans to release WinUI 3 for UWP in a stable way'