The object shown below is a rudimentary radio stream player, built after just a couple of hours playing with Node-Red – a clever and versatile tool guaranteed to give geeks hours of harmless fun.  Although its popular  in HA circles, it has many other applications as well, not least in the education field.

Google Voice had already been tried  on a smartphone, but wasn’t particularly impressive.  I  had another go using a Google Home device and this  was more successful. Its audio capture works much better than it did on the phone, and the loudspeaker sound quality is surprisingly good considering the size of the device.

I  came back to Google Voice through a roundabout route after investigating Rhasspy, a completely-local voice recognition package that’s available as a Docker image. Although I did get it working, my Raspbery Pi 3B+ proved painfully underpowered for the job,  and the voice synthesis was a bit too much on the robotic side for my tastes.  But it’s definitely worth further pursuing if  a stand-alone system is desired.

However, that  led  to investigating the Node-Red Docker package to add voice control to our Domoticz HA system, not that our system really needs it,  but whatever, its good to try out new stuff. 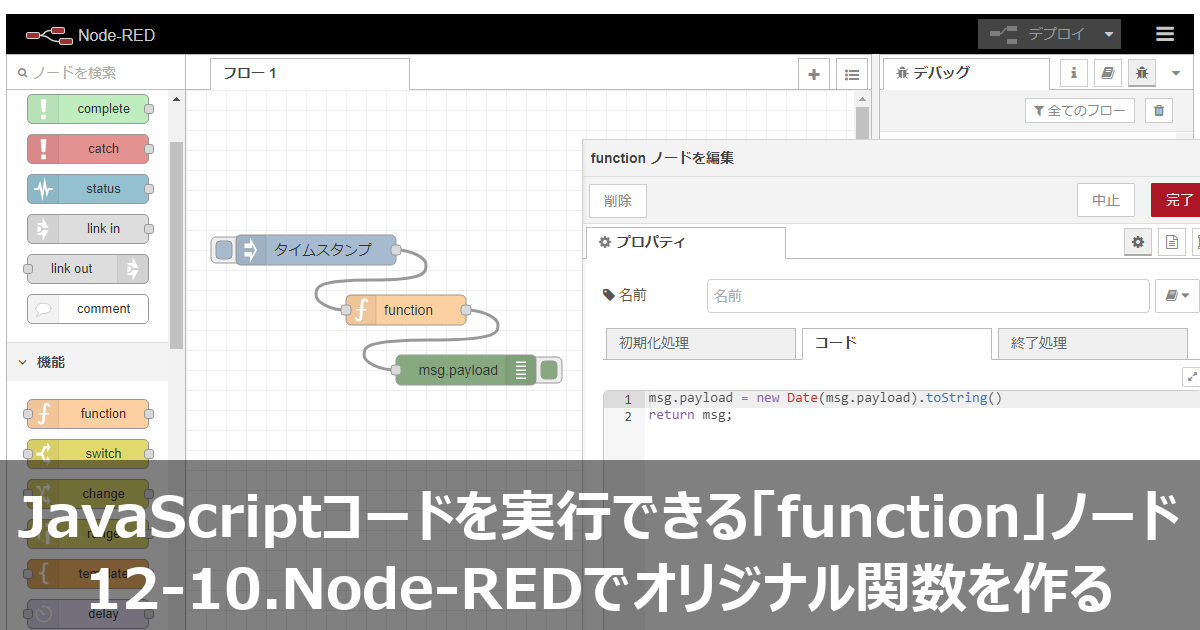 Create original function with Node-RED that can execute JavaScript code.