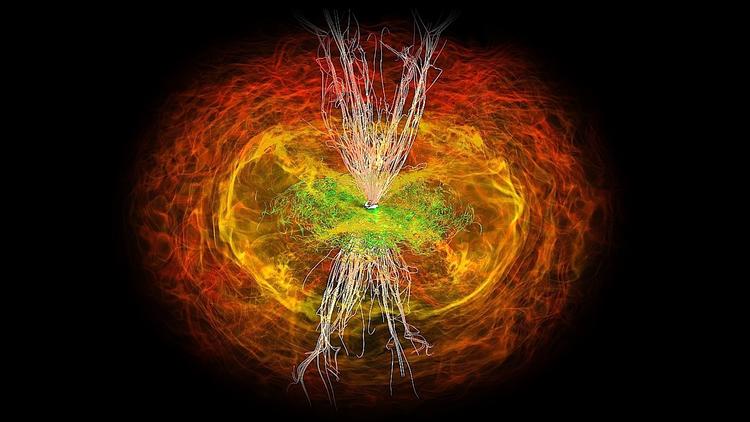 Scientists have advanced in discovering how to use ripples in space-time known as gravitational waves to peer back to the beginning of everything we know. The researchers say they can better understand the state of the cosmos shortly after the Big Bang by learning how these ripples in the fabric of the universe flow through planets and the gas between the galaxies.

“We can’t see the early universe directly, but maybe we can see it indirectly if we look at how gravitational waves from that time have affected matter and radiation that we can observe today,” said Deepen Garg, lead author of a paper reporting the results in the Journal of Cosmology and Astroparticle Physics. Garg is a graduate student in the Princeton Program in Plasma Physics, which is based at the U.S. Department of Energy’s (DOE) Princeton Plasma Physics Laboratory (PPPL).

Garg and his advisor Ilya Dodin, who is affiliated with both Princeton University and PPPL, adapted this technique from their research into fusion energy, the process powering the sun and stars that scientists are developing to create electricity on Earth without emitting greenhouse gases or producing long-lived radioactive waste. Fusion scientists calculate how electromagnetic waves move through plasma, the soup of electrons and atomic nuclei that fuels fusion facilities known as tokamaks and stellarators.