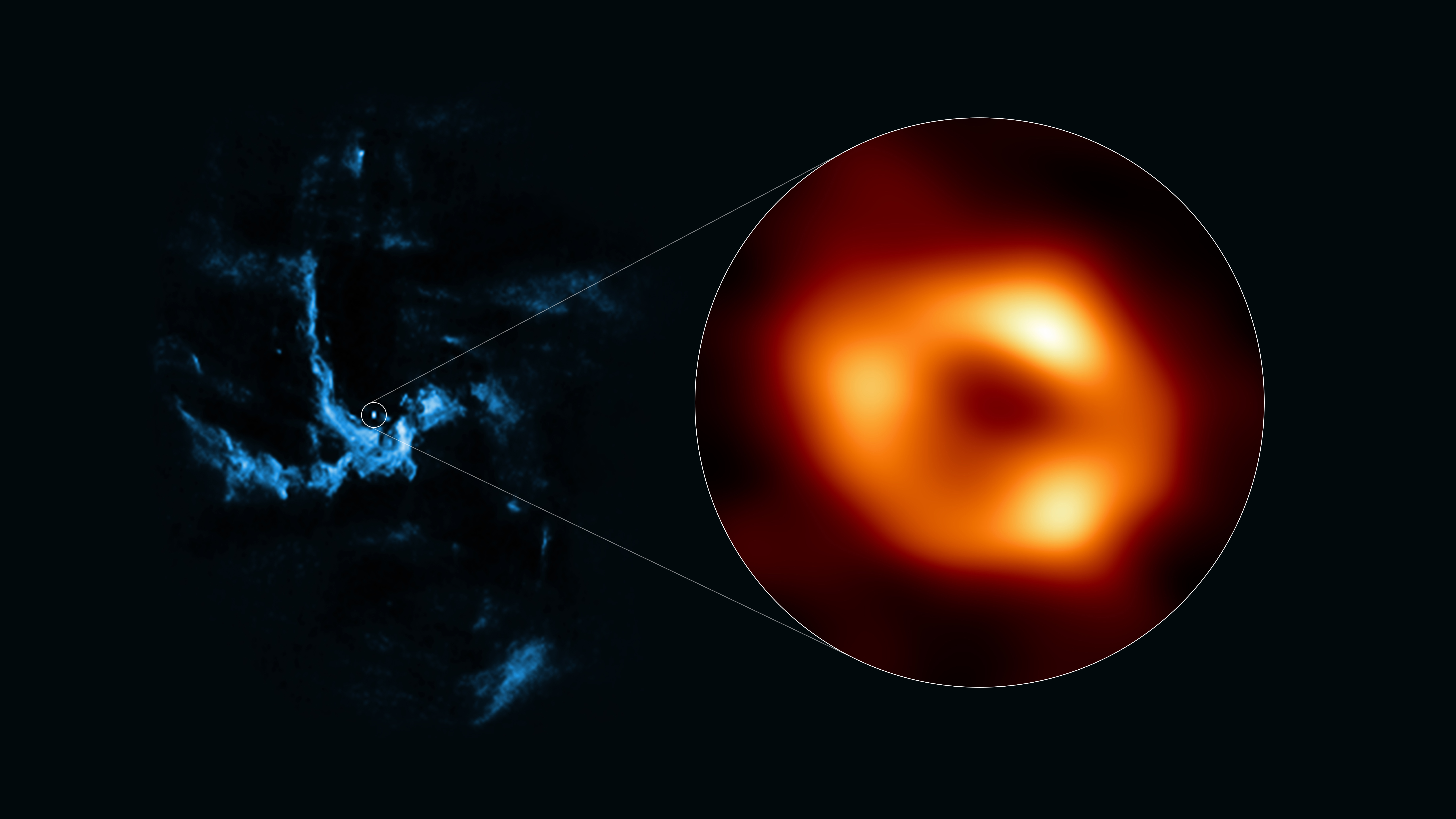 At simultaneous press conferences around the world, including at a National Science Foundation-sponsored press conference at the US National Press Club in Washington, D.C., astronomers have unveiled the first image of the supermassive black hole at the center of our own Milky Way galaxy. This result provides overwhelming evidence that the object is indeed a black hole and yields valuable clues about the workings of such giants, which are thought to reside at the center of most galaxies. The image was produced by a global research team called the Event Horizon Telescope (EHT) Collaboration, using observations from a worldwide network of radio telescopes.

The image is a long-anticipated look at the massive object that sits at the very center of our galaxy. Scientists had previously seen stars orbiting around something invisible, compact, and very massive at the center of the Milky Way. This strongly suggested that this object — known as Sagittarius A* (Sgr A*, pronounced “sadge-ay-star”) — is a black hole, and today’s image provides the first direct visual evidence of it.

Although we cannot see the black hole itself, because it is completely dark, glowing gas around it reveals a telltale signature: a dark central region (called a “shadow”) surrounded by a bright ring-like structure. The new view captures light bent by the powerful gravity of the black hole, which is four million times more massive than our Sun.