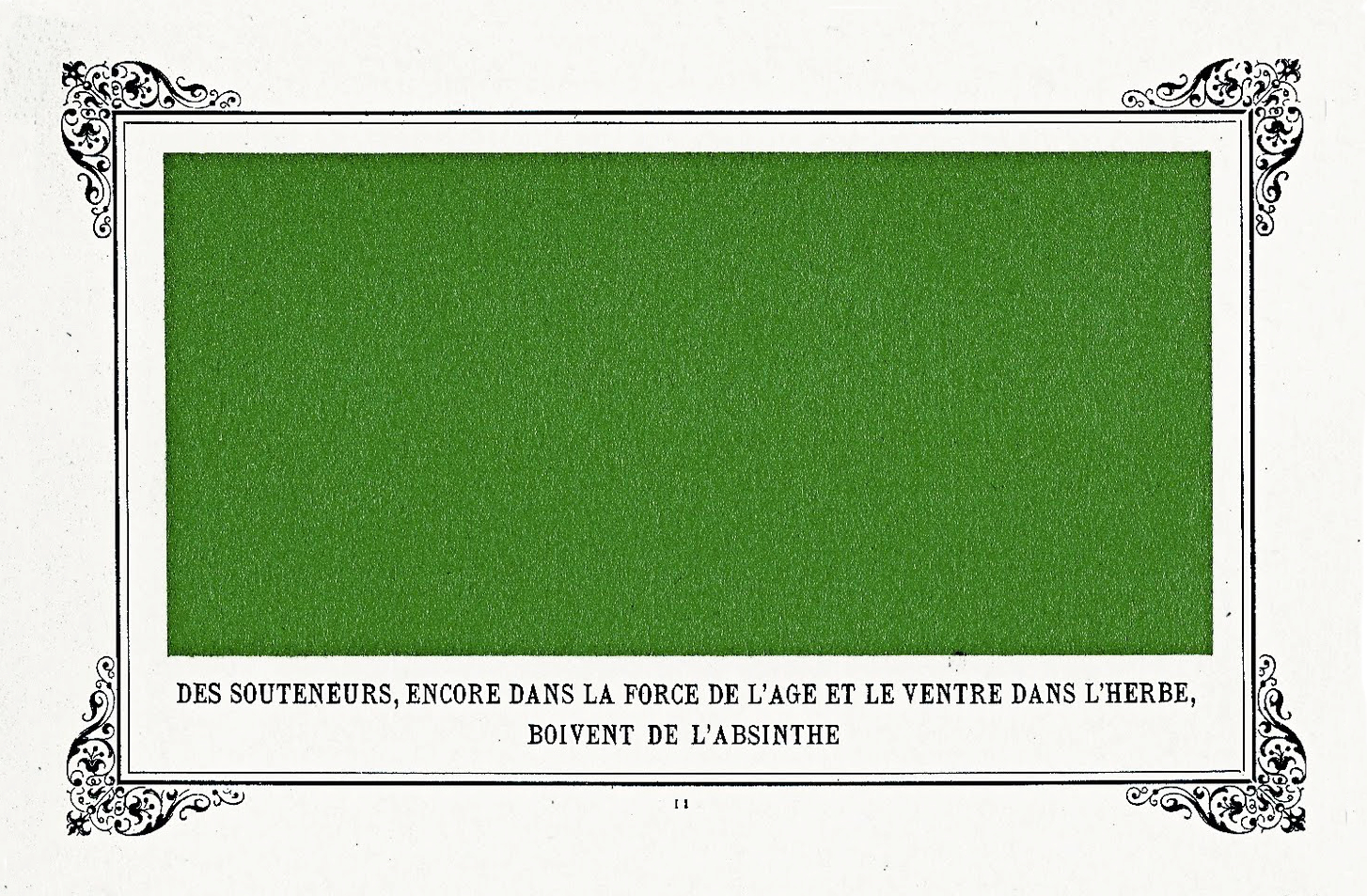 Alphonse Allais (1854–1905) “was probably the finest humorous writer France has ever produced”, writes the translator Miles Kingston in a forward to the recent collected edition of his work, but remains “an almost totally obscure figure” in the English-speaking world. This is puzzling because Allais’ innovations are manifold. They range from the impressive though quasi-conventional — becoming editor of the newspaper Le Chat Noir; dabbling in photography and rubber production; inventing a version of Nescafé avant la lettre — to the utterly bizarre. Finding traditional hotel wake-up calls jarring, Allais would arrange for the concierge to phone the guests on either side of his room, rising at dawn to the muffled sounds of his neighbors’ outrage.

A man of many talents, Allais’ series of paintings, collected in the monograph Album primo-avrilesque (roughly translated as An April Fools Album) arose, perversely, from his lack of aptitude in the realm of visual art. Each of the seven monochrome plates, bordered by lace-like decorations, features a title which implies the dissolution of figure into ground. A Campbell’s-soup-red rectangle comes with the title Apoplectic cardinals harvesting tomatoes on the shore of the Red Sea (an effect of Aurora Borealis). A frame filled with nothing but blue, anticipating Yves Klein’s later experimentation, gets explained by an effusive caption: Astonishment of young naval recruits seeing, for the first time, your blue, O Mediterranean Sea! Allais’ white painting, which antecedes Rauschenberg’s modular series by more than fifty years, claims to show anemic girls commuting to their first communion during snowfall. The Album ends with a funeral march. It consists of a blank musical staff, beating John Cage to the punch, perhaps meant to be “played” alongside another Allais invention: a hearse whose coffin compartment contains a cremator.