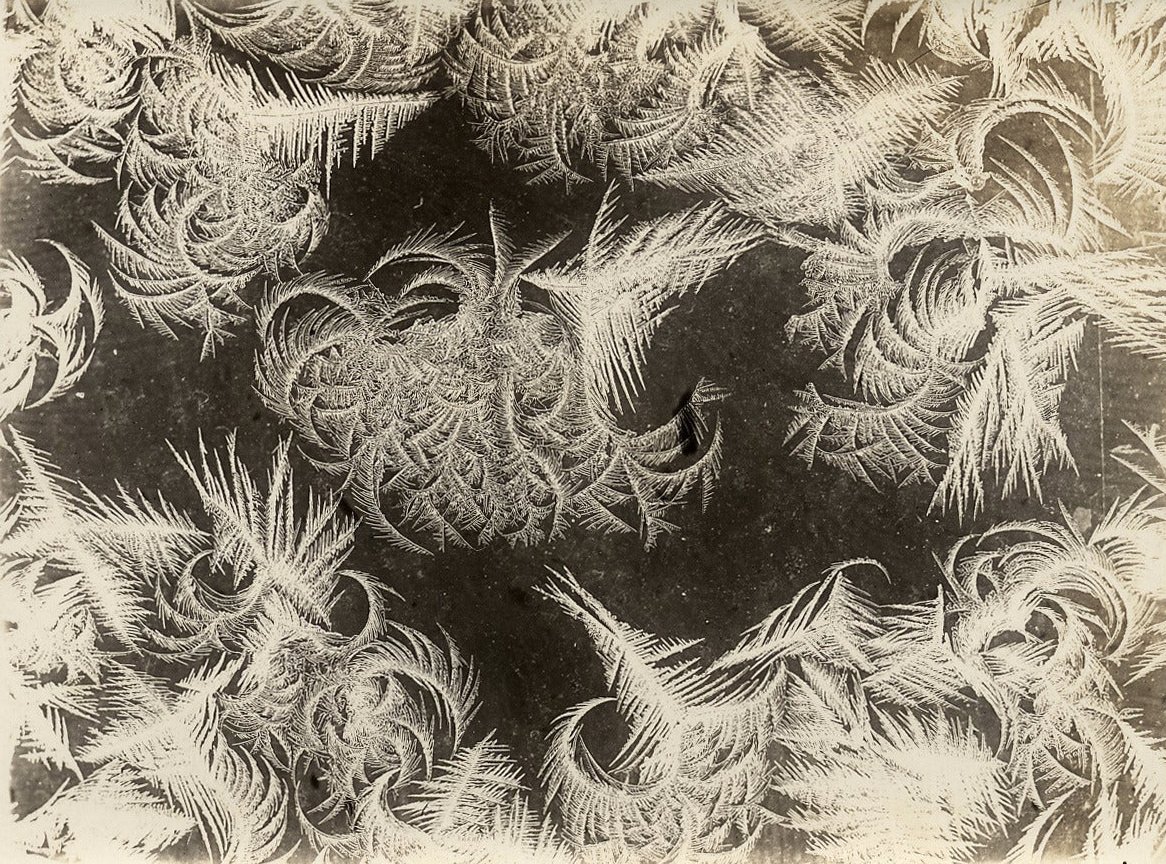 In Frost Flowers on the Windows, expatriate Swedish actor, theater producer, and writer Albert Alberg (1838–1924) leads us on a fin-de-siècle walkabout across Chicago. His goal is to document a “New, Truly Great Discovery”: the extraordinary power of windowpane frost to take “ice photographs”, images capable of expressing the “vital qualities” of life forms close to the glass.

During the Great Arctic Outbreak of 1899, which plunged North America into record lows, Alberg was eating at his favorite German restaurant. Looking up, he saw the outlines of ferns, celery stalks, and a withered geranium etched in ice upon the window. Although most of the celery on his table had been consumed, leaving only undesirable leftovers — stalks that were “thin and small and without scarcely any leaves, mere tufts being suffered to remain” — their images appeared in frost as the “most vividly depicted stalks of celery with sprigs and leaves”, proof that “no other plant [is] endowed with such an extraordinary powerful vitality”.

After his supper, Alberg proceeds to conduct an “espionage into this secret branch of nature”. He finds tropical plants reproduced on the frosted glass of a saloon serving punch made from coconut and sugarcane; pineapples in the windows of a Greek fruit dealer; cereals, vegetables, and even a shopgirl’s lace apron on the panes of a Swedish restaurant; and, at a small grocery, celery stalks are again cast across the glass. Writing during a decade in which celery tonics dominated the patent medicine trade, Alberg takes this last apparition as proof that “‘Jack Frost’ therefore seemingly most emphatically endorses celery as a conserver and restorer of vitality”.