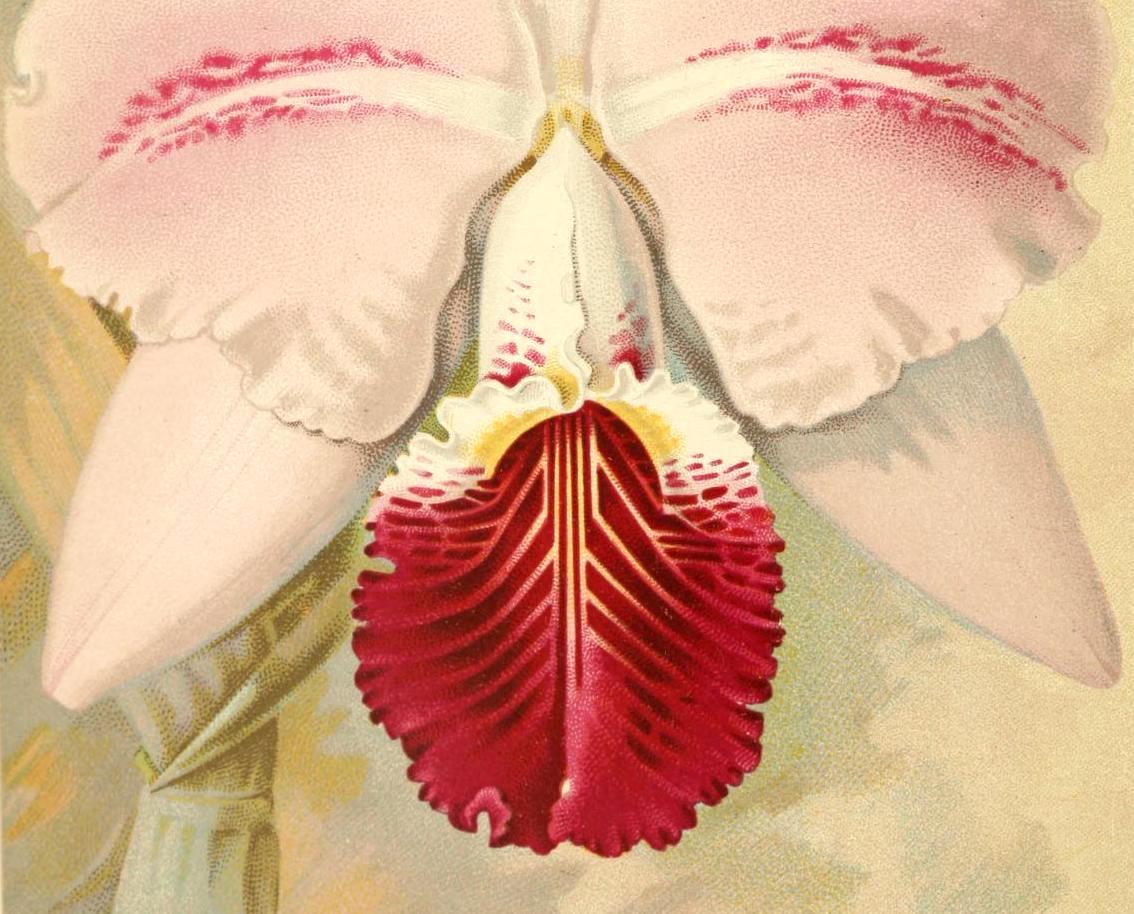 Albert Millican, Travels and Adventures of an Orchid Hunter. An Account of Canoe and Camp Life in Colombia, While Collecting Orchids in the Northern Andes (London: Cassell & Company, 1891).

"I was induced by the cravings of a well-whetted appetite to put aside all scruples of delicacy or custom and discuss the merits of the flesh of the celebrated iguana", writes Albert Millican with typical badinage during his horticultural adventure memoir. If, in today's world, your local florist or hothouse caretaker does not strike you as needing "a stock of knives, cutlasses, revolvers, rifle, [and] an overflowing supply of tobacco" in order to procure carnations and the fixings for bouquets, the nineteenth-century orchid hunter was a very different character.

Between 1887 and 1891, Millican made five trips to the orchid-rich areas of South America, concentrating on the Northern Andes. This was an era of orchidelirium, when a single rare specimen could fetch around $25,000 in today's money. Prospectors shipped millions of orchid bulbs to Europe and less than one-percent survived the journey. The reasons for this sudden interest in orchids has several overlapping explanations: the ascension of the modern greenhouse; Darwin's work on the coevolution of insects and orchids; and a wider Victorian fascination with curios collected from around the world. Millican's own story ends in the tenor in which he lived: he was stabbed to death by rivals while pilfering rare flowers.