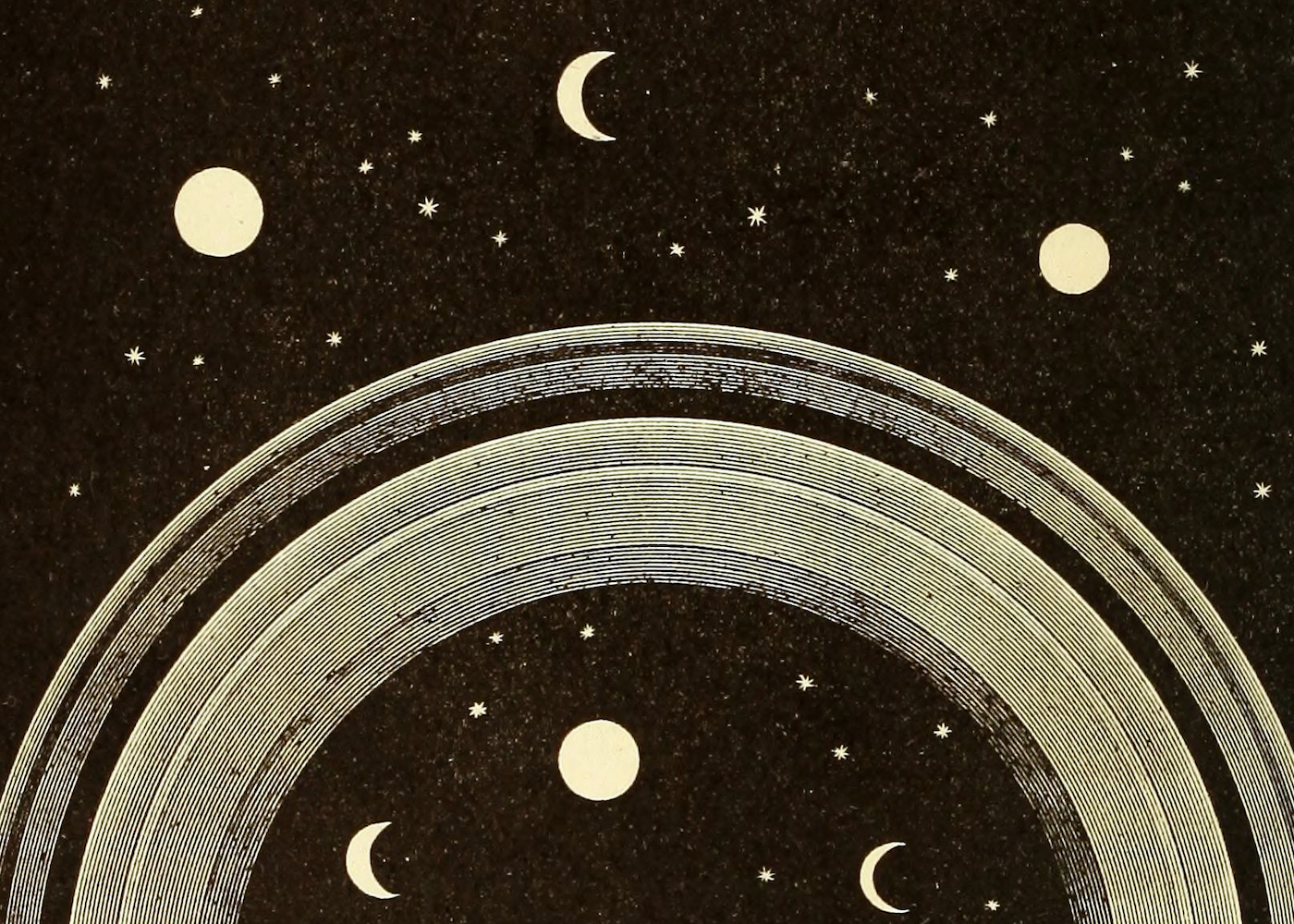 On a frosty East Midlands morning, when Agnes Giberne was but seven or eight years old, she asked her father why it wasn’t warmer. She already knew, after all, that the Sun was some three million miles nearer in winter than during the summer months. Sitting across from a roaring fire in the hearth, her father pointed to a fly on his knee and replied with his own question: “See — if that fly were one inch nearer to the fire, would it feel any hotter?”

Distance — immeasurable, humbling, stupefying distance — is the leitmotif of Agnes Giberne’s 1879 Sun, Moon, and Stars: A Book for Beginners. This text is less a Victorian astronomy primer than the foundation for a phenomenological star wisdom. Remaining in print for nearly a century, it remains a compelling narrative that transports us to the most remote astral bodies, but also quickens every reader’s lost seven-year-old sensibility that the universe was made to be brought within one’s humble yet unbounded reach. The method of her father’s koan-like response — simple, striking analogy — would become Giberne’s own foolproof method to ask immense questions about the Earth’s history, atmosphere, oceans, vegetation, and, especially, the starry heavens above.

The answer to her book’s opening question (“What is this earth, of ours?”) promises that no matter how immense and incomprehensible it may appear, Earth is “Something very great — and yet something very little. Something very great, compared with the things upon the earth; something very little, compared with the things outside the earth.” Employing always the inclusive “we” in her wide-ranging narrative, Giberne’s poetic voice swings gently between wide-eyed wonder and hard-nosed empiricism. She compasses the Earth as one sibling in the solar system “family”, embraces each planet as a beautiful and mysterious bosom friend, and rocks the reader not to sleep but to wakefulness in the Cosmos.