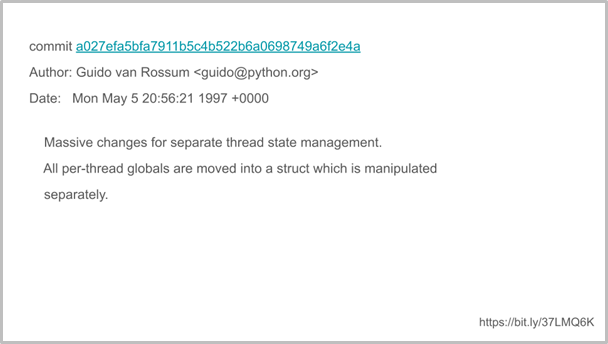 “My name is Eric Snow, I’ve been a core developer since 2012, and I’ve been working towards a per-interpreter GIL since 2014.”

In 1997, the PyInterpreterState struct was added to CPython , allowing multiple Python interpreters to be run simultaneously within a single process. “For the longest time,” Snow noted, speaking at the 2022 Python Language Summit, this functionality was little used and little understood. In recent years, however, awareness and adoption of the idea has been spreading.

Multiple interpreters, however, cannot yet be run in true isolation from each other when run inside the same process. Part of this is due to the GIL (“Global Interpreter Lock”) , a core feature of CPython that is the building block for much of the language. The obvious solution to this problem is to have a per-interpreter GIL : a separate lock for each interpreter spawned within the process.

With a per-interpreter GIL, Snow explained, CPython will be able to achieve true multicore parallelism for code running in different interpreters.