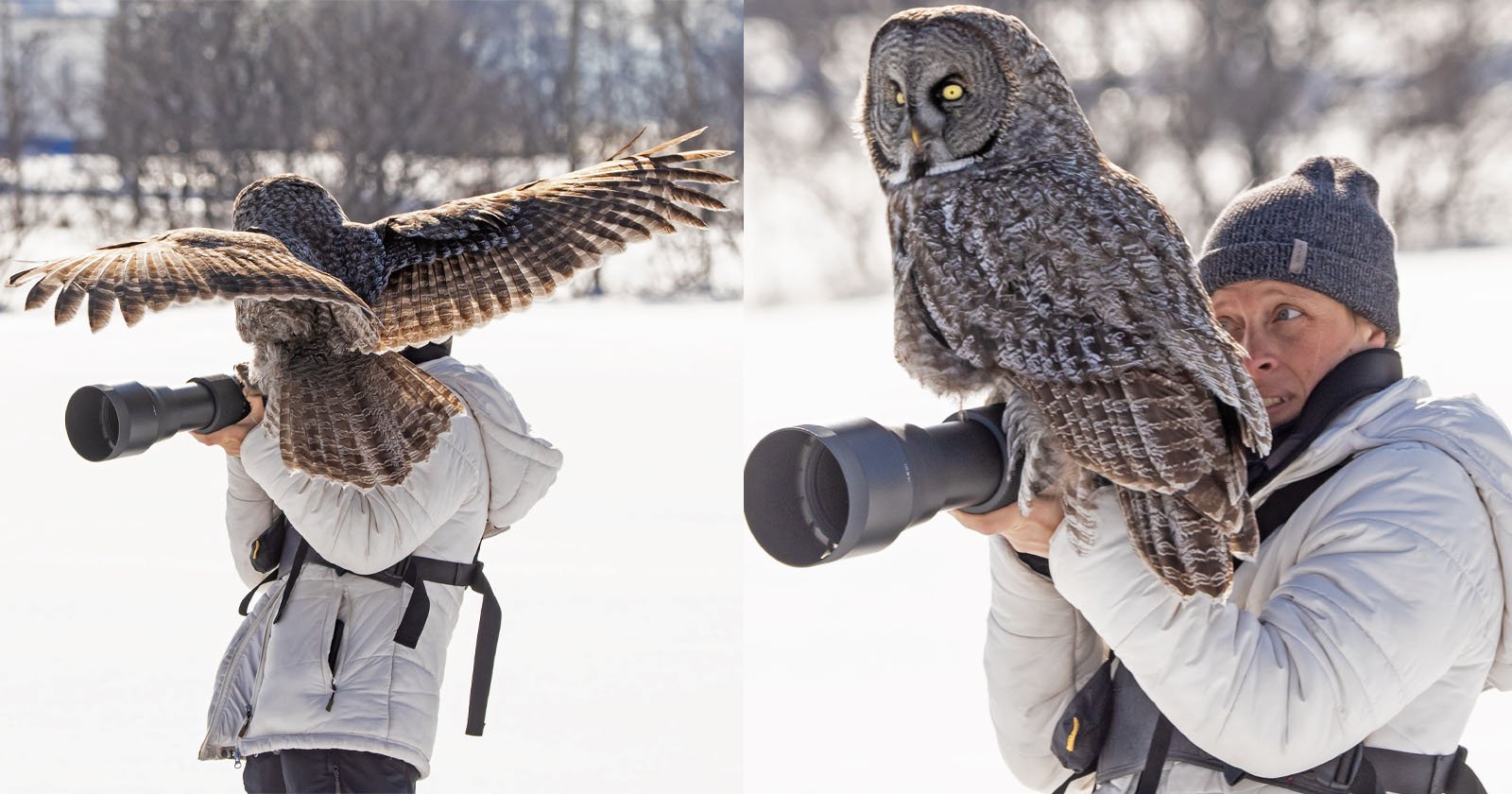 Photographer Anaïs Trépanier ventured into the wilds with the hopes of capturing memorable photos but instead ended up as the subject of one when a giant grey owl swooped down and perched on her camera. Trépanier had ventured out on a photo expedition with fellow photographer Thomas Pham-Van and other photographer friends to the Côte-de-Beaupré area north of Quebec City, Canada. She says she spotted the giant grey owl sitting on a fence and while she stopped to take a few photos, it suddenly flew over to her position.

“I was clicking on the shutter and seconds after, I see it land on my lens,” she told CBC Breakaway. “It’s the biggest owl we have here in Quebec. It’s not like a chickadee.”

Trépanier says that the owl perched on her camera for about 30 seconds and she tells CBC she remembers standing as still as possible as she heard her friends tell her not to move as he fired off a series of photos.

“The owl took off and flew straight ahead and then made a loop to come back, heading towards Anaïs,” Pham-Van says. “I was already amazed to see this magnificent bird and have the privilege of capturing it in flight, but I was so surprised to see it perched on the camera lens.