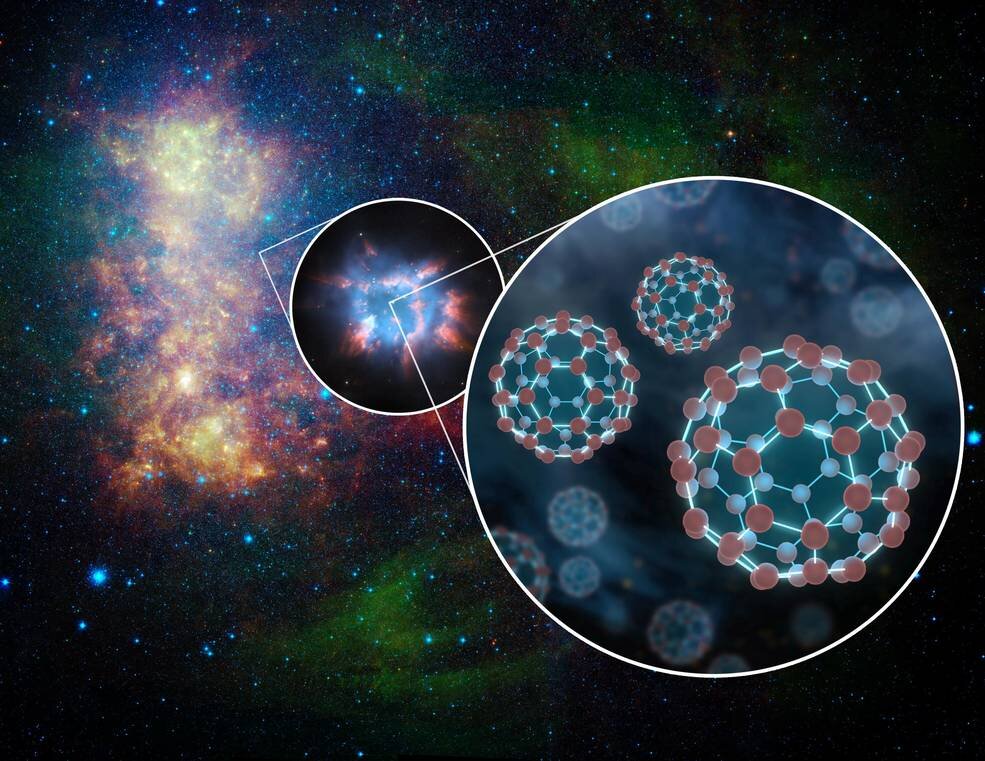 Scientists using NASA's Hubble Space Telescope have confirmed the presence of electrically-charged molecules in space shaped like soccer balls, shedding light on the mysterious contents of the interstellar medium (ISM) - the gas and dust that fills interstellar space.

Since stars and planets form from collapsing clouds of gas and dust in space, "The diffuse ISM can be considered as the starting point for the chemical processes that ultimately give rise to planets and life," said Martin Cordiner of the Catholic University of America, Washington. "So fully identifying its contents provides information on the ingredients available to create stars and planets." Cordiner, who is stationed at NASA's Goddard Space Flight Center in Greenbelt, Maryland, is lead author of a paper on this research published April 22nd in the Astrophysical Journal Letters.