by University of Amsterdam

For many years now, astronomers and physicists have been in a conflict. Is the mysterious dark matter that we observe deep in the Universe real, or is what we see the result of subtle deviations from the laws of gravity as we know them? In 2016, Dutch physicist Erik Verlinde proposed a theory of the second kind: emergent gravity. New research, published in Astronomy & Astrophysics this week, pushes the limits of dark matter observations to the unknown outer regions of galaxies, and in doing so re-evaluates several dark matter models and alternative theories of gravity. Measurements of the gravity of 259,000 isolated galaxies show a very close relation between the contributions of dark matter and those of ordinary matter, as predicted in Verlinde's theory of emergent gravity and an alternative model called Modified Newtonian Dynamics. However, the results also appear to agree with a computer simulation of the Universe that assumes that dark matter is 'real stuff'.

The new research was carried out by an international team of astronomers, led by Margot Brouwer (RUG and UvA). Further important roles were played by Kyle Oman (RUG and Durham University) and Edwin Valentijn (RUG). In 2016, Brouwer also performed a first test of Verlinde's ideas; this time, Verlinde himself also joined the research team. 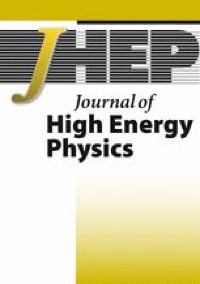