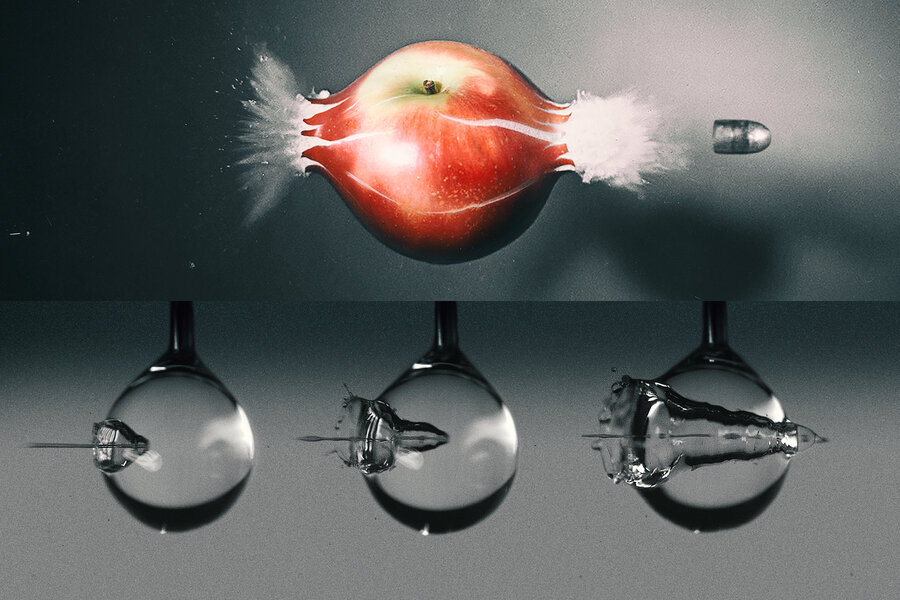 That's the motivation behind a new study by engineers at MIT and the University of Twente in the Netherlands. The study involves firing small jets of water through many kinds of droplets, hundreds of times over, using high-speed cameras to capture each watery impact. The team's videos are reminiscent of the famous strobe-light photographs of a bullet piercing an apple, pioneered by MIT's Harold "Doc" Edgerton.