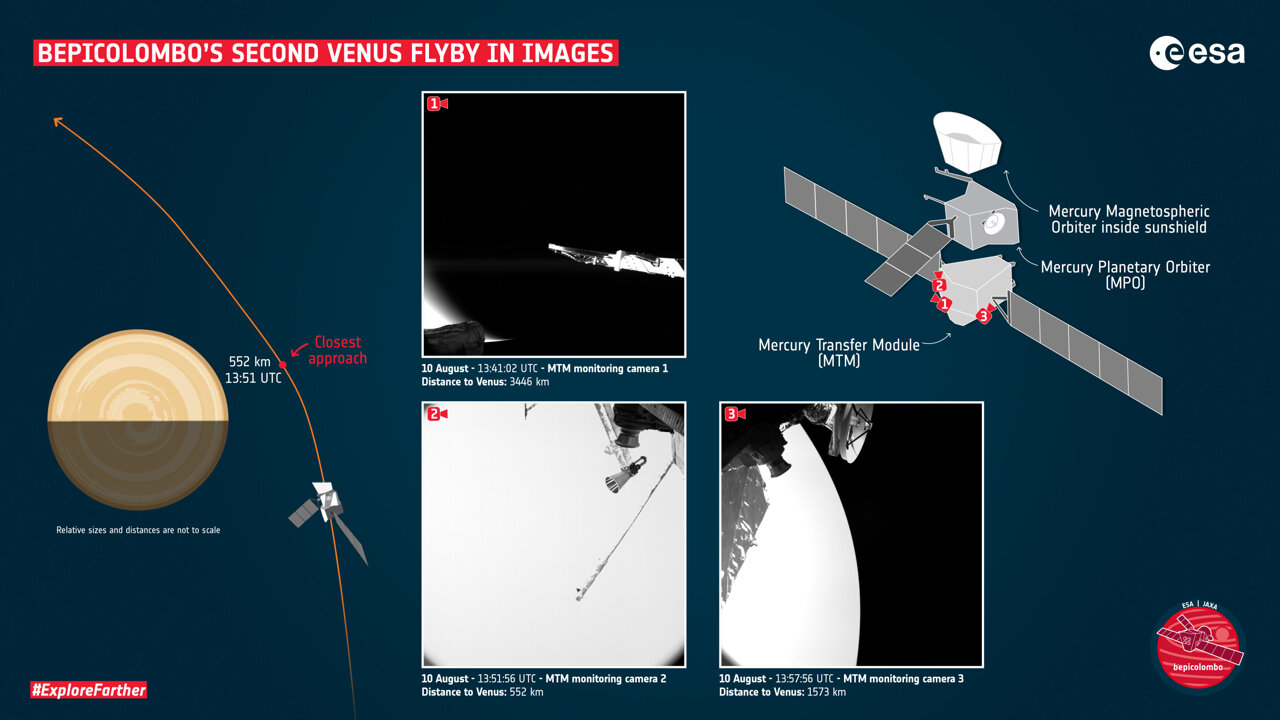 Sights and sounds of a Venus flyby

ESA's Solar Orbiter and BepiColombo spacecraft made a historic Venus flyby earlier this week, passing by the planet within 33 hours of each other and capturing unique imagery and data during the encounter.

The ESA/NASA Solar Orbiter spacecraft flew past Venus on 9 August at a distance of 7995 km, while the ESA/JAXA BepiColombo mission skimmed past at just 552 km from the planet's surface on 10 August. The flybys were needed to give the spacecraft a gravity assist to help them reach their next destinations. BepiColombo will make the first of six flybys at Mercury during the night of 1-2 October, before entering orbit in 2025. Solar Orbiter will make a close Earth flyby on 27 November, before further Venus slingshots will tilt its inclination in order to get the first-ever views of the sun's poles.