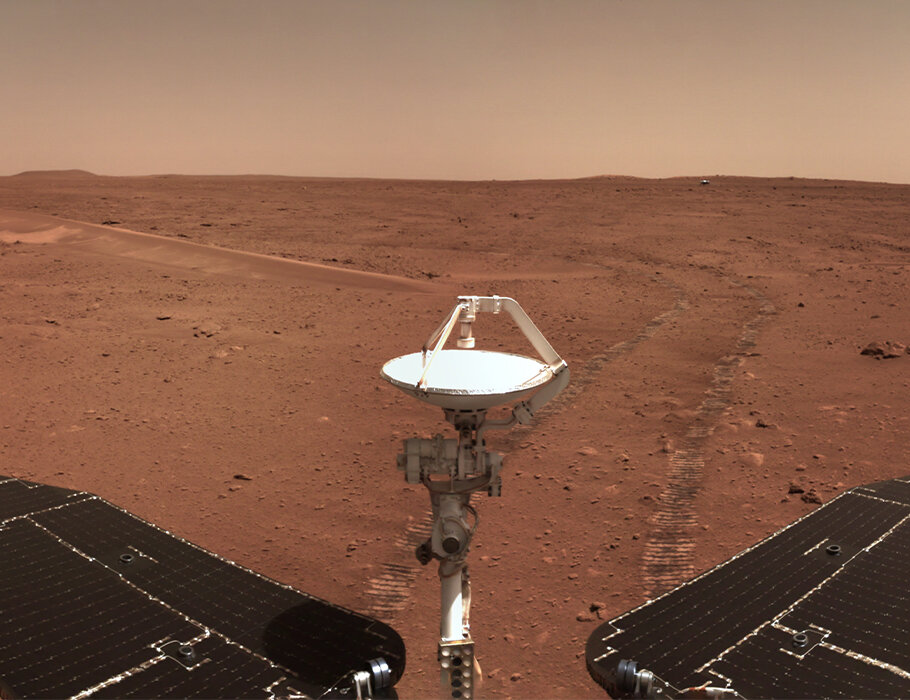 A team of researchers at the Chinese Academy of Sciences, working with a colleague from the University of Copenhagen, has found evidence that water was present on Mars more recently than has been thought. In their paper published in the journal Science Advances, the group describes their analysis of data from China's Zhurong rover and what it showed them about ice in hydrated minerals.

Prior research has suggested that parts of the Martian surface were covered with water up until approximately 3 billion years ago. The time since the water dried up on Mars is known as the Amazonia period. In this new effort, data from the Chinese rover Zhurong has shown the researchers evidence that water on Mars might have persisted longer than has been thought.